As cereal growers gear up for the autumn drilling campaign, Will Taylor, a consultant and agronomist in the Northallerton office of Strutt & Parker, offers his top tips for crop establishment. 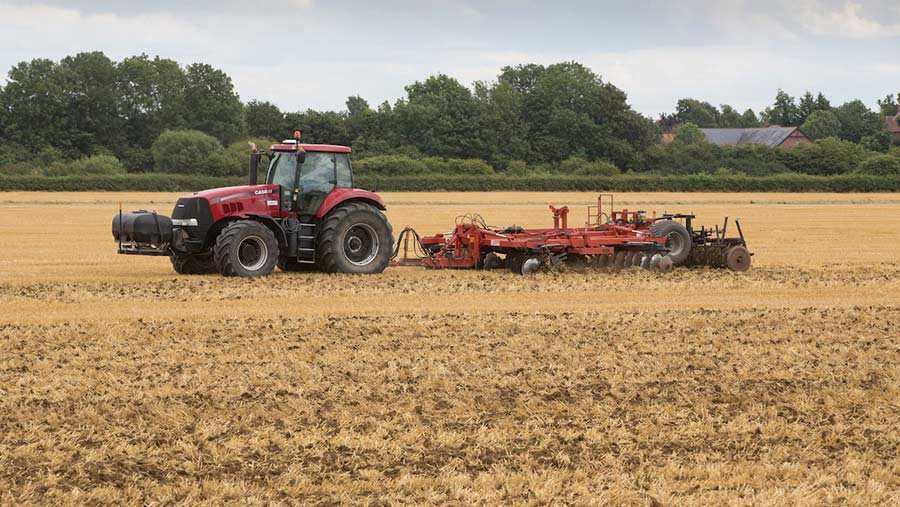 Two months of unsettled weather means that soil conditions have often gone from being very good and dry, to saturated in places. Harvesting and straw carting has been a challenge, giving rise to deeper and tighter wheelings than desirable.

For many fields this is going to require deeper lifting to pull out the damage, rather than shallower, faster cultivation.

Growers that plough every year will probably do so again this year, especially where crops have lodged badly.

Those using non-inversion tillage regimes will need to get into the field with a spade and have a dig down to see what sort of condition the land is in and select the right cultivator based on the depth of movement required.

It is surprising how quickly grassweeds and volunteers are emerging, largely due to plenty of rain. This may influence decisions on when to start cultivating, particularly if brome has been an issue, or there is a need to see cereal volunteers emerge before cultivating. 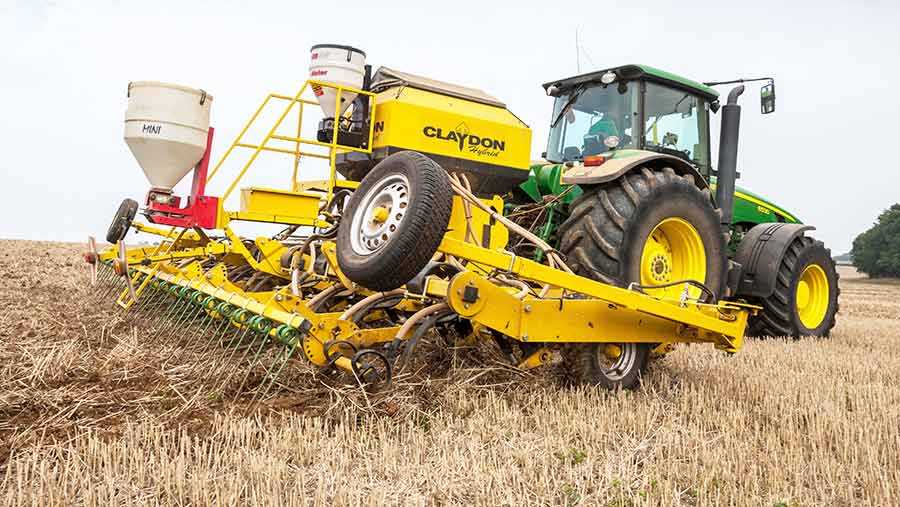 Where drilling is going to be delayed, due to the need to let the soil dry out or as part of a strategy to control grassweed, getting a good seedbed will be paramount.

To achieve the best possible seedbed conditions, a huge dose of patience is going to be required. Seed-to-soil contact is key in that it aids quick germination and emergence. A consolidated seedbed will also reduce slug activity, especially around the seed. 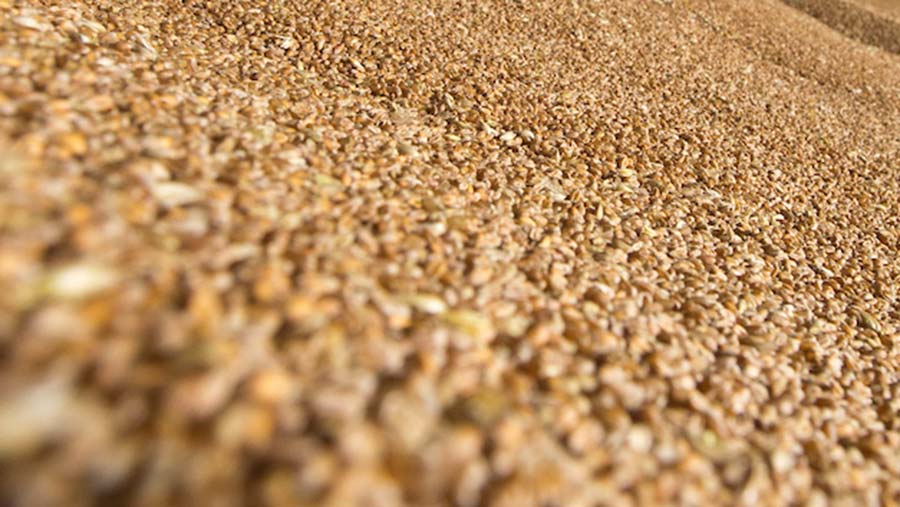 A greater swing to delaying drilling requires more seed, which can get expensive if purchasing 100% of it. Home saving tends to lead to more generous seed rates, which in turn have a better chance of giving an optimum ear number at harvest.

Ideally, only home-saved seed grown from dressed seed produced the previous harvest should be used. Germination rates and thousand seed weight should be checked and, if not being dressed, they should be tested for key seedling diseases.

Crops drilled later need to come through the ground quickly so using bold disease-free or single purpose-dressing treated seed is a benefit.

As a rule, seed that emerges in September and October will benefit from a Deter (clothianidin) treatment. November emerging wheat is generally at less risk from Barley Yellow Dwarf Virus, but seasons and locations can vary. 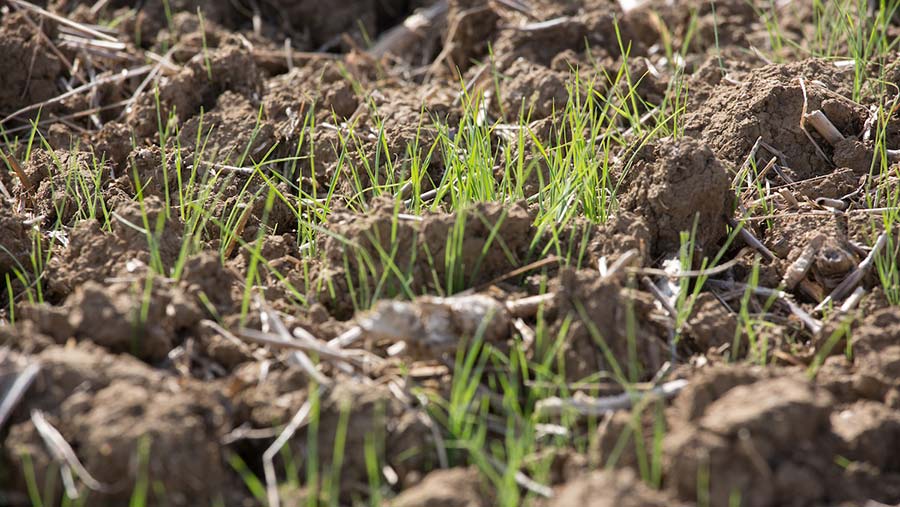 Blackgrass seed is set to show a high to moderate dormancy level this year. Therefore, after any initial early flushes it is likely growers will need to be patient when trying to control the grassweed.

Spray off any blackgrass that emerges before drilling – even though the weed flush is likely to be less than in a low dormancy year.

Where there are high blackgrass populations, ploughing is the equivalent of the reset button and, if it is really bad, ploughing and a spring crop will be necessary. 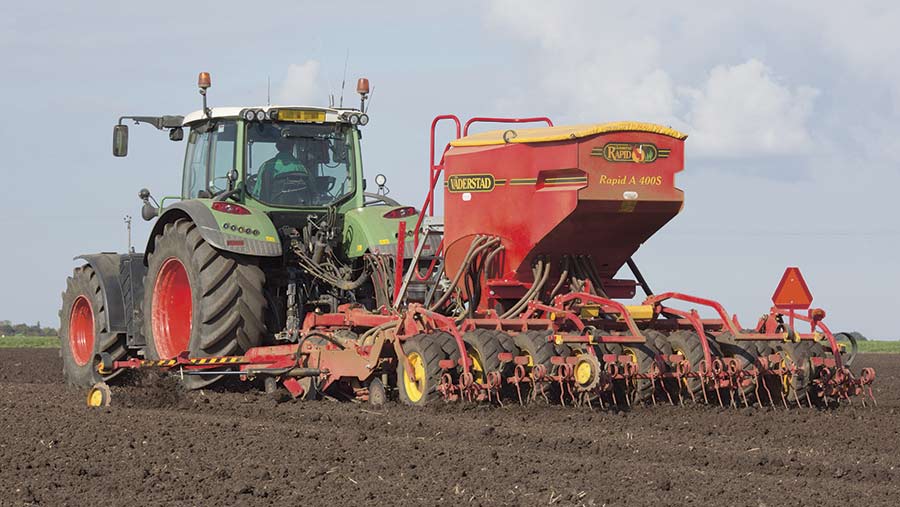 Seed rates will need to be pushed up if drilling is going to be delayed –  in wheat, 400-450 seeds per sq/m sown may be required to aid competitiveness of the crop. If the weather and the nerves hold out, wheat drilled after 15 October should be easier to keep clean.

Delayed drilling without rolling and an appropriate pre-emergence is generally not sufficient to reduce populations of blackgrass. Seed depth and coverage will also be key where using a specific herbicide, such as Avadex (tri-allate) granules, to control blackgrass. The label states a drilling depth of 40mm. 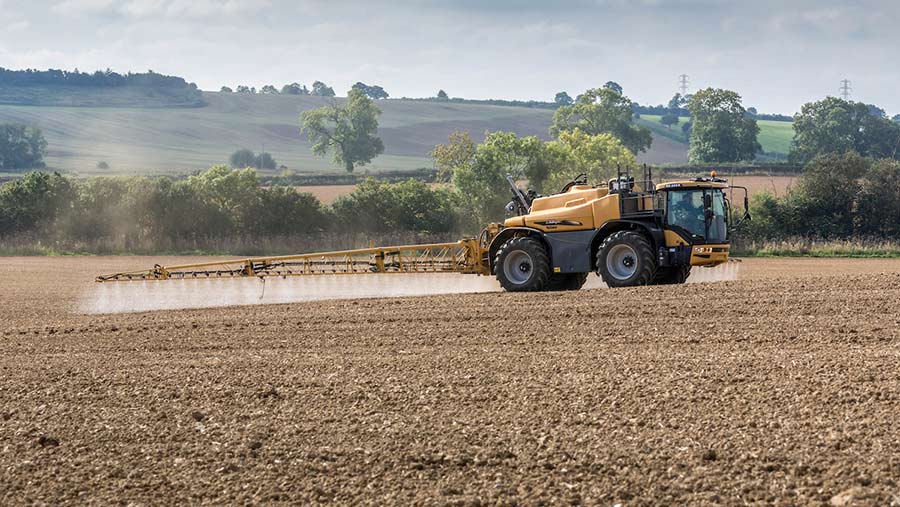 Delayed drilling will hopefully mean there is sufficient moisture for good, even germination. With this in mind, pre-emergence residual herbicides should work very well and a base of flufenacet, diflufenican, pendimethlin and prosulfocarb should be used.

In drier conditions, flufenacet and pendimethlin have a longer half-life, meaning they should re-activate when moisture does arrive. 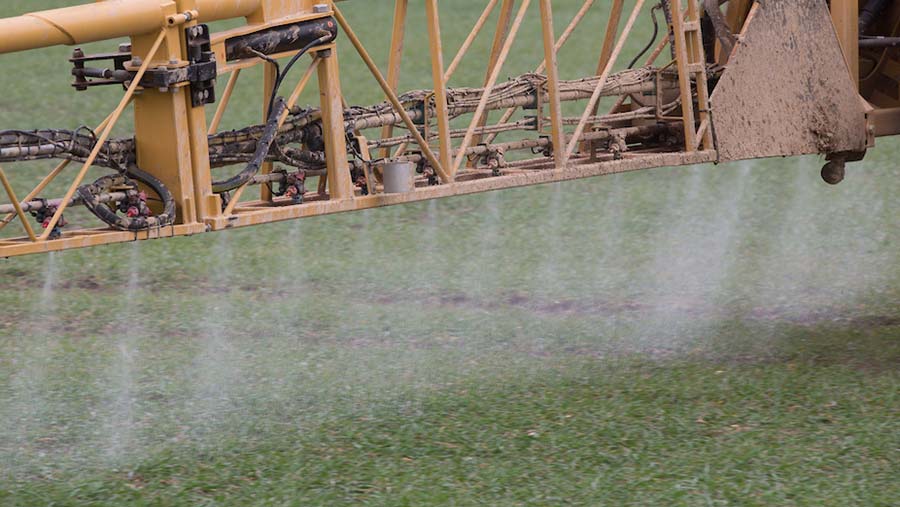 The efficacy of this application is completely governed by the size of the target weed and soil moisture at or shortly after application, so timing is critical.

Fine seedbeds will help massively with evenness and germination of the grassweed and significantly contribute to the effectiveness of post-emergence control.

After last year’s good performance on “difficult” blackgrass, Hamlet (iodosulfuron + mesosulfuron + diflufenican) is worth considering as a contact herbicide as it adds diflufenican to the ingredients in Atlantis. 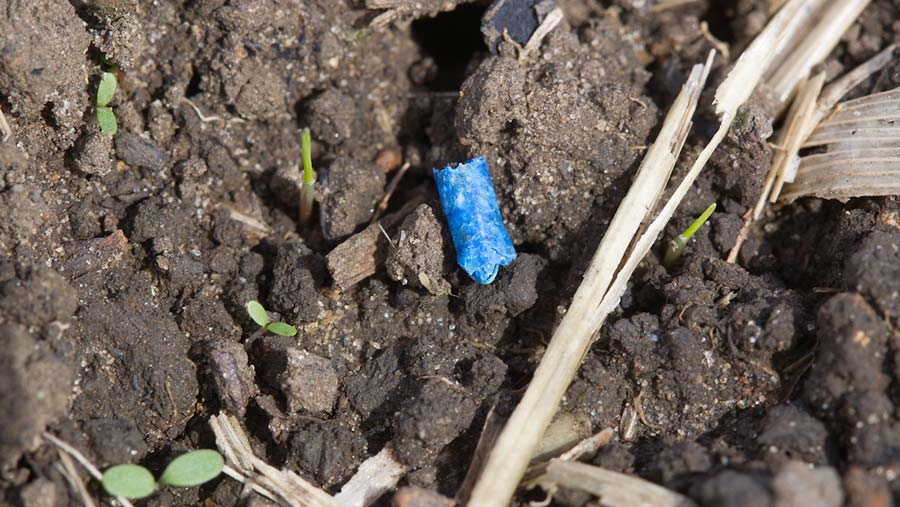 Slugs may be an issue if we see wetter conditions, so make sure seedbeds are rolled down tight. Looking at oilseed rape stubbles after harvest it felt like it could be a bad slug year, with high amounts of residue from big bulky rapeseed crops and the wet weather not helping.

Follow the metaldehyde stewardship guidelines if there is evidence of slug grazing, adhering to the 10m boundary buffer zone, which is new for this year. 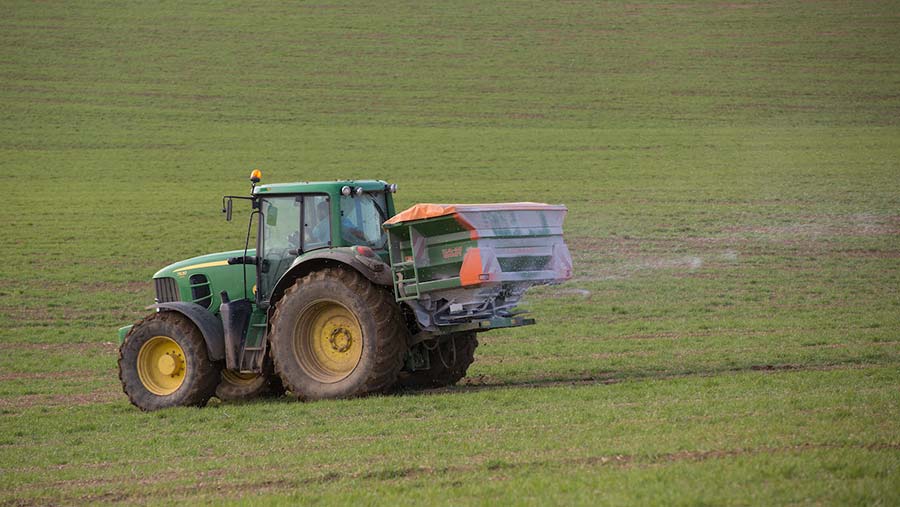 The very dry spring makes it likely that not all the nitrogen applied was utilised, so next season’s crops could get away quickly.

Where phosphate levels are index two or below, an autumn application is advisable – either onto the stubbles or into a seedbed. Again, with later drilling, access to readily available phosphate may help establishment, particularly if indices are very low.

Potash is best left until the spring – around growth stage 30-31 – to aid the stem strength of the plant.