Getting more out of spring barley land is the primary reason for the grass undersowing trial under way at Mill of Inverarity Farm near Forfar in Angus.

Spring barley grown on contract for malting is the number one crop at this mixed enterprise, which has been in the family since 1884.

Rob and Alison Stodart, and their sons Rory and Tom, farm 152ha of owned and 206ha of rented land across two unit about 10 miles north of Dundee.

On the livestock side, they run a 200-head Limousin-cross and Simmental-cross suckler herd and 500 breeding ewes.

The family held their second Monitor Farm event in late May, an initiative which is jointly managed by Quality Meat Scotland (QMS) and AHDB Cereals & Oilseeds.

They began their journey with the project in March and will host regular meetings for the next three years.

Much like the English Monitor Farm programme, the aim of this project is to help improve the productivity, profitability and sustainability of Scottish farm businesses and it is funded by the Scottish government. 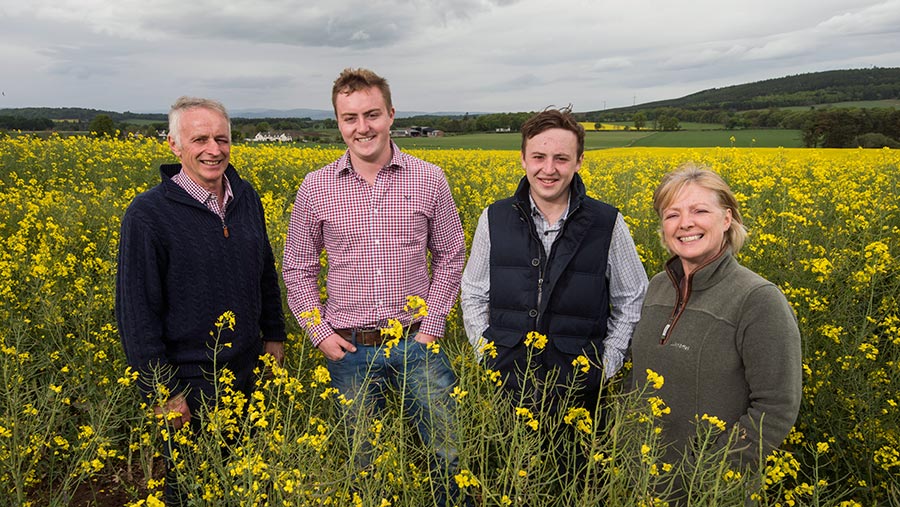 This season the family farm is running a trial on a block of spring barley, undersowing the crop with five different varieties of grass at various seed rates.

“We’re looking for the best variety of grass to put down under the spring barley, so that we can graze our breeding ewes after harvest and through the winter,” explains son Rory.

“We’ve got a large area of this spring crop and we want to make the field work for the rest of the year,” he adds.

The test block was drilled with the old-favourite malting variety Concerto at a 215kg/ha seed rate – they also grow varieties Chronicle and Laureate. 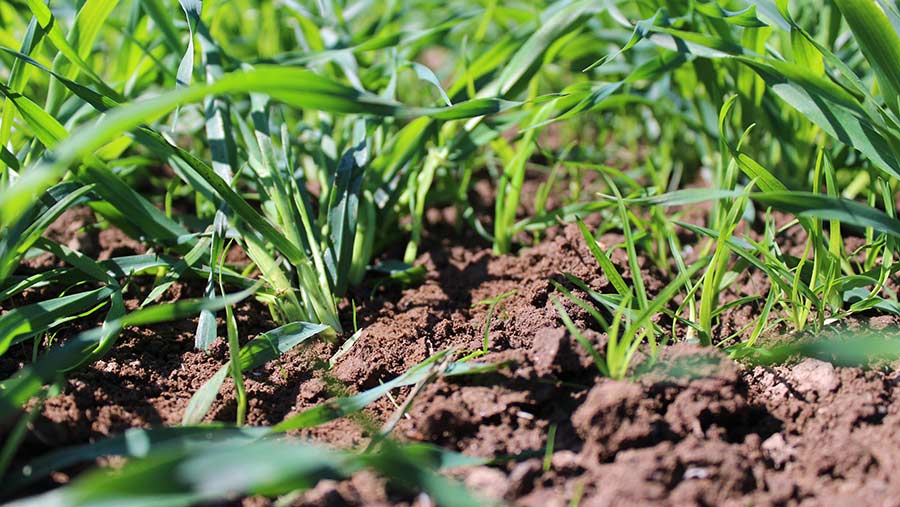 The crop went in using the farm’s default establishment routine of plough, followed up with a power harrow and the Lemkin combi-drill placing seed and starter fertiliser on 8 April.

The various grass seed varieties were then drilled in strips across the field a day later (see ‘Grass undersowing trial varieties’, below).

There was a discussion at one of the Monitor Farm meetings about drilling the grass seed once the spring barley hit the two-leaf growth stage to give the crop more of a head start, but it was decided against as there were fears that this would damage the crop.

While the proof will come after harvest, Rory has an inkling the Italian ryegrass sown at the lowest seed rate of 5.6kg/ha will potentially be the best option.

“If we keep it quite thin then it should tiller more after the barley is harvested in late-August/early-September,” he says.

“We are trying different varieties to get the right growth characteristics and we need to find the optimum seed rate so the grass isn’t growing to the detriment of the barley crop as that is still our priority,” adds Rory.

A trial field was drilled last year with Italian ryegrass and while it did produce a fantastic crop of grass that the Stodarts were able to graze with sheep all winter, the barley suffered.

This year they hope to make an informed decision on which variety and seed rate to take forward by yield mapping the Concerto barley at harvest – the farm’s average spring barley yields are around the 7.5t/ha mark.

They will also be monitoring how the flock grazes the grass, as the ewes will likely prefer to fill up on certain varieties more than others.

This investigation will allow the Stodarts to make better use of the land between the spring barley being combined and the next crop drilled.

Undersowing with grass also helps prevent soil erosion, it qualifies as an ecological focus area for greening purposes and the sheep will bring extra fertility benefits, including a small release of nitrogen, Rory hopes. 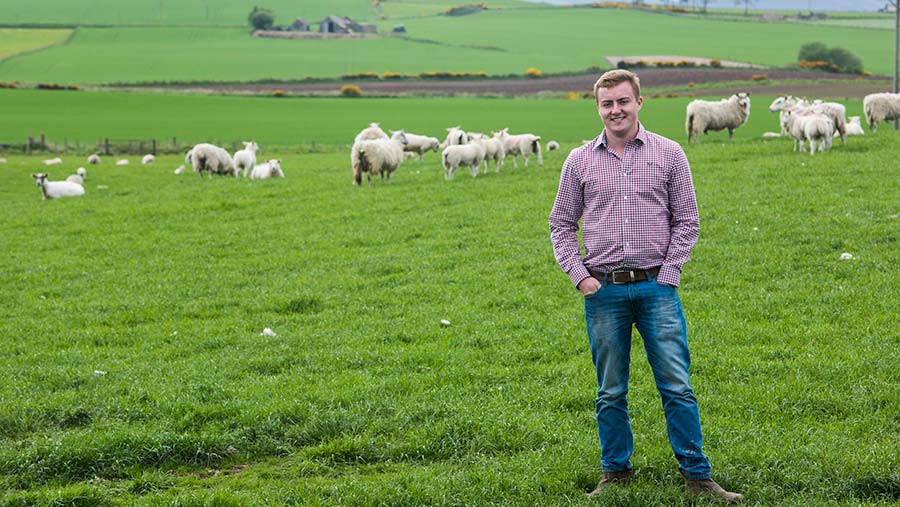 The aim is to have the grass growing away slowly beneath the spring barley all season, not interfering with the growth and yield potential of the farm’s high-value crop. At harvest, Rory says the grass should be around the height of the barley stubble ideally.

The unusually dry conditions so far this season have helped keep the grass growth in check, while the barley is enjoying sufficient moisture with recent rain to pull well ahead.

The Stodarts will report on the successes of the trial at their Monitor Farm meeting towards the end of this year.

They hope the project will encourage information sharing and benchmarking between local farms and improve the performance of their business.

The Stodarts says this is especially important given that the effect of Britain’s impending departure from the EU may make life more difficult in years to come.