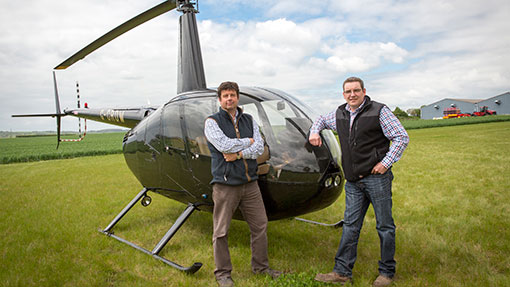 The damage to the soil from the wet weather in 2012 was predicted to take years to rectify. Farmers Weekly took to the sky to see how two neighbouring farmers had coped

In the Warwickshire countryside 10 minutes’ drive from the birthplace of William Shakespeare two farmers are experiencing contrasting fortunes in this year’s crop.

David Jones, farms 1,150ha in part of a family partnership at Hatton Bank Farm, in Stratford upon Avon. Based on a range of soil types from light sand to heavy clays, Mr Jones has seen his fields flourish this year, with wall to wall crop vindicating the management choices he took in 2012 and ever since.

Following a decision to replace failed oilseed rape with mustard rather than a spring crop, to get the soils back on track, Mr Jones, who is from a family drainage contracting background, then placed a big emphasis on maximising the headlands.

“They are 25% of the field and can often suffer from compaction issues, so we manage them differently and really fine-tune our cultivation techniques for them.”

“Getting the critical depth so you know you are getting underneath the compaction is key. The depth is defined by where the problem is and you don’t know until you check your soils.”

Neighbour Jon Parker manages 1,500ha for Ragley Home Farm, and has similarly dealt with huge variation in soil types with his heavier land still feeling the effects of 2012.

“We’ve got a lot of waterlogging and compaction problems, which the 2012 season really exacerbated.

“On heavy clay loam there is compaction that we haven’t been able to take out because the soil has never really dried out.”

Drainage remains at the root of the problem, according to Mr Parker, who believes a new system needs to be implemented to prevent similar problems in the future.

“We mole drain each year and we are continuing our ditch-clearing programme, but it needs something a bit more permanent.”

In 2013, Mr Parker took the decision most growers did by replacing failed crops with a spring crop in a bid to recuperate lost income. However, he believes replacing it with a cover crop may have proved more beneficial to the soils and would be evident in the crop now.

Once this year’s crop is harvested, Mr Parker plans to remedy the situation by digging soil pits to assess the soil profile.

“If it is dry enough we will go with a subsoiler to shatter it, but if it is to wet we will have mole drain it.”

Managing director at machinery company Vaderstad, Michael Alsop, says the effects of 2012, shows growers need to flexible with their equipment to deal with the contrasting seasons.

“You have to be flexible each year and have versatility in your system. The cost of relying on one piece of kit may be more expensive in the long run.

“Tailor the system to your farm and have versatility with how you set up your machine, because the benefits can be huge, even with small changes. Attention to detail is everything,” he explains. 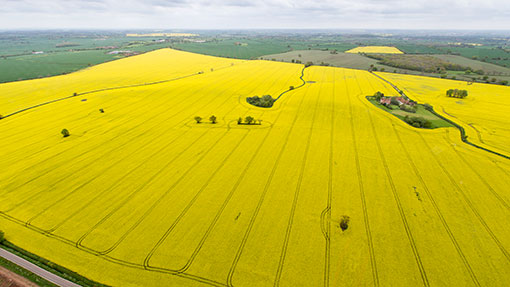 This oilseed rape crop on David Jones’ farm (above) is the variety PT211, sown after wheat on 20 August. Mr Jones ripped out the tramlines with a two-legged subsoiler, assessed the structure of the soil and then went in with Vaderstad topdown 50mm narrow tungsten points. This was followed with a Vaderstad Rapid and Vaderstad Carrier with a straw rake to improve the seed-bed. Manual variable seed rate, ranging from 1.9kg/ha to 3kg/ha, was also used to help with the big variations of soil types within the field. 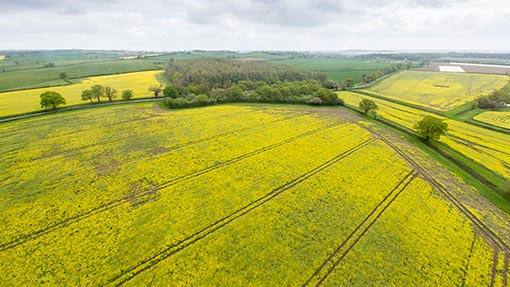 This oilseed rape crop on Jon Parker’s farm (above) is sown after grass on heavy clay loam. This was established with a subsoiler on 7 August with the variety Palmedor, at a rate of 60 seeds /sq m. Following the subsoiler the field was consolidated with a Simba Cultipress and a set of cambridge rolls. Mr Parker says the poor establishment in the headlands is largely down to poor drainage and failing to get a cover crop in following the wet season in 2012.