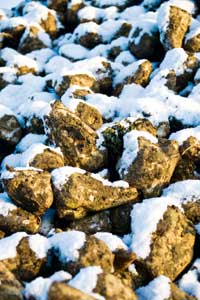 British Sugar has agreed to a package of measures to help beet growers who have suffered losses due to bad weather.

The measures from British Sugar include:

• British Sugar has agreed to waive the contract performance rules for the current campaign. This means that any shortfall will not be used in calculations in growers’ Contracted Tonnage Entitlement for this and future contract years

• For growers contracting for 2011/12, British Sugar will defer seed payments due for 2010/11 to those growers who have delivered insufficient beet during the current campaign to cover the cost of seed required for the 2010/11 crop. No interest would be charged in these circumstances

• It has been agreed that an ex-gratia rebate at the end of the 2011/12 campaign will be paid to each grower meeting 100% of their Contracted Tonnage Entitlement. This will amount to 50% of all their seed drilled in the 2011/2012 crop year. This is a one-off gesture to recognise the exceptional difficulties in processing the crop in the current year (ie 2010/11)

• British Sugar will pay for all beet delivered under the 2011/12 contract at the agreed quota price of £23.60 per adjusted tonne

• British Sugar has acknowledged the need to restore a high level of engagement between the NFU and British Sugar over factory start dates for all future campaigns and to discuss the risk profile of long campaigns taking into account the difficulties experienced during this campaign.