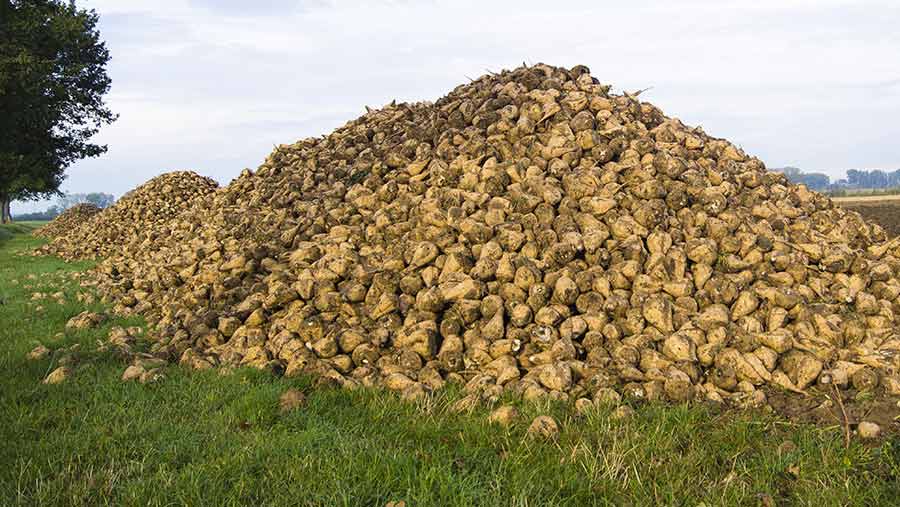 British Sugar pushed up its estimate for last season’s beet crop to a new record due a large UK crop and good sugar extraction rates.

The beet processor expects UK sugar production from the crop largely harvested in autumn 2014 to be 9% higher at 1.44m tonnes compared with 1.32m tonnes the previous season.

The group pushed up its forecast from 1.40m tonnes, which it gave on 15 January, following record factory performances and higher product quality.

The group’s four beet factories at Newark in Nottinghamshire, Wissington and Cantley in Norfolk and Bury St Edmunds in Suffolk, process about 7.5m tonnes of beet from some 3,600 growers.

At the same time, British Sugar has reduced the amount of beet it wants from growers this coming season by 20%.

Some 11% has come from growers voluntarily taking a contract “holiday” for the 2015-16 season, while British Sugar has implemented a further 9% cut across the board.

The estimate from British Sugar came as its parent company, Associated British Foods, released a trading statement ahead of the end of its financial half-year on 28 February. Its half-year results will  be announced on 21 April.