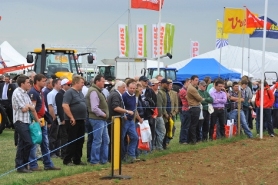 Cereals has cemented its place as the leading technical event for the arable sector by attracting close to 27,000 visitors to this year’s show.

The two-day event which took place at Boothy Graffoe in Lincolnshire had 470 exhibitors over a 64ha site, plus live demonstrations and a large selection of crops plots.

It also beats the previous record attendance figure of 26,500 visitors which was set in 2009.

Farmers Weekly had a team of reporters covering the event. Catch up with all that happened on our dedicated Cereals 2011 channel.