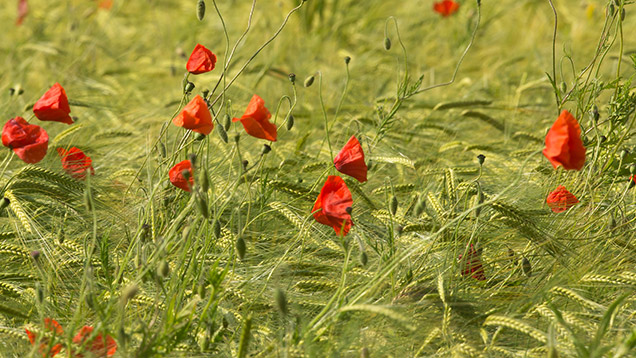 Dow AgroSciences is set to launch the industry’s first new broadleaved weed active ingredient in over a decade during 2017 aimed at the spring weed cleanup market.

The contact-acting active will widen the control spectrum of economically important weeds, and can be applied in a range of weather conditions.

Plans for the launch from the maker of Starane and Kerb comes at a time of tighter regulations and a dwindling number of pesticides  for arable growers.

Alex Nichols, Dow’s cereal herbicide marketing manager, said the product will hopefully be launched in early 2017, and will be key in fighting weed resistance.

“This will be an important product to fight against broadleaved weed resistance and works in a wide range of weather conditions,” he told a briefing at Cereals.

The new active ingredient is a synthetic auxin called halauxifen-methyl, although Dow refers to it under the broad name of arylex active.

The active has good activity against weeds such as poppies, cleavers, fat hen, and dead nettle, and is set to be launched in mixtures with existing Dow herbicides.

The US-based agrochemical group also has a new insecticide active with a unique mode of action for use against cereal aphids which it also hopes to launch in 2017.

The active ingredient sulfoxaflor, known as isoclast active by Dow, is planned for use to control Barley Yellow Dwarf Virus-carrying aphids in the autumn and sap-sucking aphids in the summer, and has low risk to bees.

John Sellars, Dow’s marketing manager for insecticides, said the active has a different mode of action to other products and hence has no cross resistance.

“The active has a unique mode of action and no known cross resistance to other insecticides,” he told the briefing.