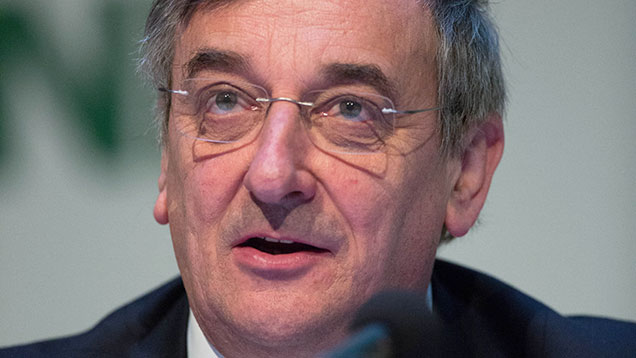 The government has a key role to play helping growers to control costs with commodity prices under pressure, visitors to this year’s Cereals event have been told.

Rising costs and falling prices are among the top issues for growers attending the two-day event on 10-11 June, held at Boothby Graffoe, Lincolnshire.

While farm leaders accept there is little the government can do about low prices, they believe ministers could do more to help growers reduce costs.

Making a profit, efficiency production and the ability to compete internationally were critical to ensuring a long-term future for the arable sector, said NFU president Meurig Raymond.

The NFU’s work with the new government would play a crucial role in this, he warned.

“We have seen the price of wheat almost halve since 2012 and costs rise about 100% in the same period – there is no doubt that profitability in the arable sector is under severe pressure.

“While the commodity prices are impervious, influencing government policy is more pertinent than ever,” added Mr Raymond.

Among the concerns are a new round of Defra cuts, which means the department must make £83m in “efficiency savings” over the coming year.

Industry leaders fear this may affect the administration of the new Basic Payment Scheme.

With a week to go before the deadline for applications closes on 15 June, some 26,000 farmers were still due to submit their completed claim forms.

The NFU has called for clarification over a range of other issues affecting growers – including a promised derogation on hedgerow cutting, and tractor and trailer weights.

The union has also submitted an emergency application to the government for growers to use banned neonicotinoid seed treatments on oilseed rape this autumn.

For more news, photos, video and information on the Cereals event, see our Cereals 2015 page

NFU leaders dispute claims that the chemicals are dangerous to pollinators.

Unless a decision on the application is forthcoming soon, it will be too late for agrochemical manufacturers to treat and distribute seed in time for planting later this summer.

“The new government comes with a detailed and positive agenda for food and farming, which notably includes many of the NFU’s lobbying asks,” said Mr Raymond.

“We will continue to work with the government for a better policy framework for farmers to grow more and sell more, both here and abroad, and reverse the downward trend in our self-sufficiency.”

Mr Raymond added: “With agriculture’s current economic climate, we are lobbying for these things to happen here and now.”