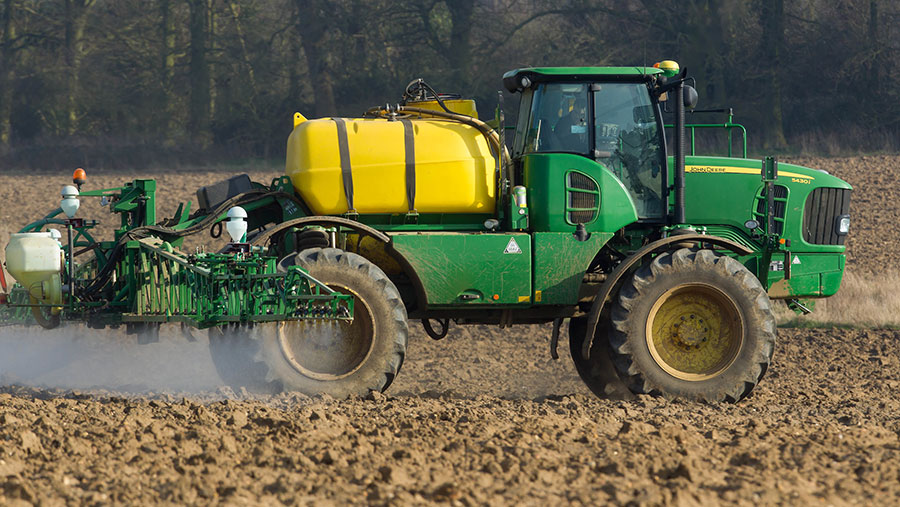 Failure to relicense the world’s most widely used non-selective herbicide glyphosate will have an adverse effect on wildlife and soil health, believes one Cotswold farmer.

Jake Freestone, who farms more than 1,500ha on the Worcestershire/Gloucestershire border added to the glyphosate reapproval debate by publishing a video highlighting the environmental costs of not having the herbicide.

Glyphosate’s current EU approval runs out on 15 December and attempts to grant re-approval have stalled in the EU, with a vote postponed to next month.

In the video, the Linking Environment and Farming demonstration farm manager shows two contrasting fields on his farm, one farmed using no-till and the other more intensively.

Despite the intensively tilled field producing a higher margin/ha, he said it is less sustainable than the no-till farmed field.

The no-tilled field was established using 13 litres of diesel/ha while the other required more than 70 litres/ha.

Another obvious difference is the presence of a cover crop on the no-tilled field, while its neighbour is bare.

It provides habitat, offers food to pollinators and the vetches in the mix fix nitrogen, therefore, there is less fertiliser needed next spring.

Mr Freestone believes no-till farming also has a role in helping the UK meet its greenhouse gas obligations, by capturing carbon. And glyphosate is vital to no-till farming.