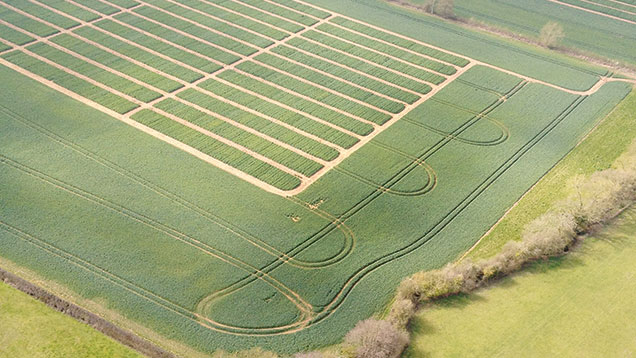 Ensuring the correct timing for fungicide applications and remaining in a protectant situation will be the key actions for keeping on top of wheat disease this spring.

The season of 2014 was declared “the worst for septoria in living memory” by a team of crop disease experts on the last Crop Doctor tour of trial sites around England.

Three of the Crop Doctor team tell Farmers Weekly their key messages to take into the 2015.

Later this month Farmers Weekly is teaming up with Bayer CropScience for the regional Crop Doctor helicopter tour, visiting Lincolnshire, Yorkshire, Herefordshire and Oxfordshire to inform growers of the disease risks and offer advice on control ahead of the T1 spray timing.

You can follow the tour’s progress on Twitter using #cropdoctor or watch out for the write up on FWi and in Farmers Weekly.

“Last year we had the perfect storm for disease and that perfect storm could be about to repeat itself. We needed a sustained cold snap to check septoria levels and what we’ve had so far isn’t enough.

“We saw last season that those plots that received a well-timed T0 and T1 fungicide treatment withstood the pressure until the important flag leaf spray.”

“I was shocked at the amount of septoria in untreated plots last year and the key lesson for this season is the value of timings.

“Growers lost as much as 3t/ha where programmes were compromised, but we had numerous crops well above the 10t/ha mark.

“This shows that if we use the available products at sensible rates and timings we get effective control, despite severe pressure.”

“The big yield responses in 2014 were from remaining in a protectant situation and we must remember that any fungicide works best as a protectant, including SDHIs.

“The more growers can do to improve their operational efficiency to enable them to treat their entire wheat area at the correct growth stage, the less likely disease will become established.”