Scottish arable growers are set to benefit from Scotland’s first AHDB strategic cereal farm in Fife, which aims to carry out independent trials on a range of topics including how to improve plant and soil health.

Balbirnie Home Farms, at Freuchie in Fife, is a 1,300ha mixed farming and sporting estate owned by Johnnie Balfour, who runs it with farm manager David Aglen (pictured). 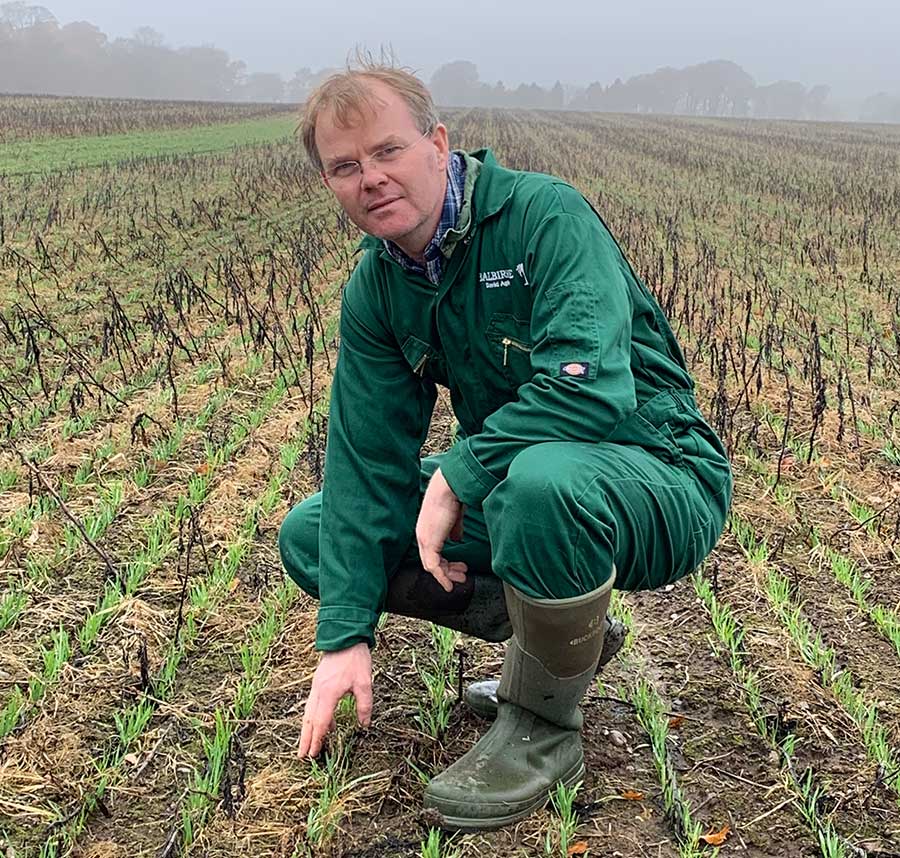 Mr Balfour hopes to improve both economic and environmental resilience of the business by being a part of the strategic group.

The farm has about 800ha of cropping and 200ha of grassland.

Running for a six-year stint to allow independent research to be tested across a full rotation, their key areas of focus include regenerative agricultural practices, plant and soil health and carbon offsetting on the mixed farming operation.

“We have identified a list of key themes that we want to explore, which will be revealed at the launch event in the summer.

“Trials will then be planned on the back of the discussions and ideas generated at the launch by the attendees,” says Mr Balfour.

Chris Leslie, AHDB arable knowledge exchange manager for Scotland, says that over the next six years, the team will be working to improve the arable productivity of the farm through the formal testing and demonstration of innovative practices on a field or farm scale.

A number of different organisations, drawn from across the Scottish agricultural industry, such as Scottish Natural Heritage, NFU Scotland and local farmers, have also come together to form a steering group that will work with the strategic farm to help the project achieve its objectives.