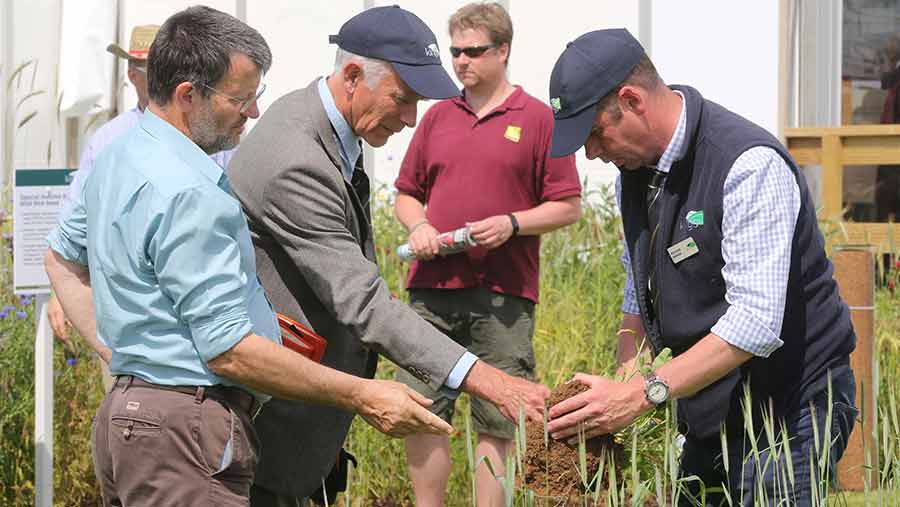 Embattled cereal growers are being offered a string of improved pesticides and more disease-resistant varieties to help them cope with the sharp fall in grain prices.

Agrochemical groups lined up to offer new or tweaked formulations and plant breeders highlighted varieties which are potentially cheaper to grow to give growers some breathing space from the profits squeeze.

More efficient and environmentally friendly pesticides were promised in the near future, while wheat varieties with improved septoria resistance and better marketability were on offer for this autumn.

Toni McEwan, managing director of Dow AgroSciences UK, highlighted new ranges of herbicides, insecticides and fungicides all with different modes of action to existing products due on the farm in the next three years.

“We can’t control the grain price or the regulatory process, but we do have a voice in trying to meet the farmers’ needs,” she tells Farmers Weekly.

Her group has just launched a range of herbicides based on its new arylex molecule, is set for a new insecticide next year and a new fungicide Inatreq in 2019.

“We have three new classes of chemistry suitable for the arable market which could be available in the next three years,” she adds.

Andrew Orme, managing director of Bayer Crop Science UK, showcased a healthy range of new products which were close to launch despite a tougher regulatory environment.

His group highlighted a new improved Atlantis-type blackgrass herbicide for this autumn called Hamlet and a twin-SDHI wheat fungicide named Ascra for next spring.

“We are now producing one of the most exciting product pipelines in UK agriculture to help growers,” he says.

Gary Mills-Thomas, head of Syngenta UK, says his group has been working on more disease-resistant varieties and better chemistry to help growers, and the results were coming to fruition.

“The issues facing growers are those of better disease control and to push up yields, so we have been looking to help farmers,” he says.

His group has a new winter wheat feed variety Graham available to drill this autumn with one of the best septoria resistance ratings available as well as a high yield.

It is also hoping to launch a new “best in class” SDHI fungicide for next spring, while it is looking at the first-ever SDHI seed dressing to be available this autumn or next depending on the regulators.

Andrew Newby, managing director of plant breeder KWS UK, says his group realised three to four years ago that there was too much feed wheat around and that wheat uses such as for ethanol would not be as big as first thought.

“The grower needs varieties which are marketable and give a good return, so we focused on these characteristics,” he says

One of the fruits of this strategy is the winter wheat variety Siskin, which has the highest untreated fungicide yield on the AHDB Recommended List to give growers a sense of security from its good disease resistance.

It has the best resistance to septoria on the Recommended List, shows top scores against yellow rust and mildew, and as a Group 2 milling wheat can offer a premium over feed wheat, and also will be available this autumn.

Simon Howell, managing director of plant breeder RAGT, says many growers are showing an interest in milling wheats to gain a price premium, and his group’s new Illustrious wheat is attracting attention and will be available this autumn.

This breadmaking variety shows high functional protein levels and could tempt millers to accept protein contents below the industry standard of 13%, which would be easier and cheaper for growers to hit.

“If millers are happy with the better functional protein then they might go for lower protein levels of 12.5% or 12%,” he says.

All the millers have shown interest in Illustrious as well as other favourities Skyfall and Crusoe and if millers accept lower protein levels for harvest 2017 then growers could cut nitrogen fertiliser levels.