Wheat growers could save money on early fungicide sprays this spring, as the recent cold snap of wintry weather will have put a check on diseases, such as rusts and mildew.

Active yellow rust was seen in East Anglia as early as the start of December, but as air temperatures plummeted last week disease development will have been checked.

Bill Clark, technical director at crop consultants Niab, says the cold air temperatures will have dampened down infection, although rusts can still develop under the insulation of thick snow.

“These cold temperatures will do as much as any spray to control yellow rust, so the fear of yellow rust will not be the driving decisions over early T0 fungicides,” he tells Farmers Weekly. 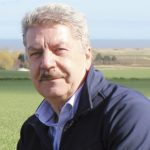 Some advisers suggest there is little evidence to suggest a T0 aimed at septoria gives a yield response, but Mr Clark points out if growers leave out a T0, which is usually applied at the end of March, it makes the timing of a following T1 spray more critical.

Growers should only consider dropping a T0 spray if they are growing wheat varieties with strong resistances to septoria and yellow rust, such as Siskin and Sundance.

Cold weather will not have halted the development of septoria, and after a winter of heavy rainfall the wet-loving septoria could be a big threat this season.

Many growers will be considering dropping an SDHI at T1, after warnings about SDHIs being less effective due to increasing level of septoria resistance.

Varieties with good septoria resistance such as Siskin, Graham, Zyatt, Crispin and Sundance could be managed without an SDHI at T1, but he stresses this could put more pressure on getting the flag leaf T2 right in terms on timing and product choice.

Wheat varieties with good septoria resistance and also strong yellow rust resistance, such as Siskin, Zyatt, Crispin and Sundance, could be managed without an SDHI at T1, especially in a dry spring.

Those growing varieties with mid-range septoria resistance scores such as Skyfall, Relay and Revelation could reduce the dose of the SDHI at the T1 stage, which Mr Clark defines as leaf three two-thirds to three-quarters emerged on the main stem, but still use two SDHIs.

He points out that on one of his trials, a fungicide programme with two SDHIs cost £96/ha and gave a 1t/ha yield advantage over a low input trial costing at £36/ha, and gave an extra £100/ha in gross margin terms.

The key to good control is using three-way mixture of an SDHI-azole and a multisite such as chlorothalonil. Popular SDHI-azole products include Adexar, Ascra, Aviator, Elatus, Keystone and Librax to which a multi-site can be added. 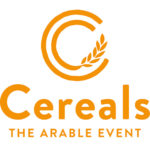 Find out more about fungicides and disease control in the Arable Zone at this year’s Cereals event, where the manufacturers and advisers will be on hand to give advice.

The event is being held in Cambridgeshire on 13 and 14 June. More details can be found on the Cereals: The Arable Event website.