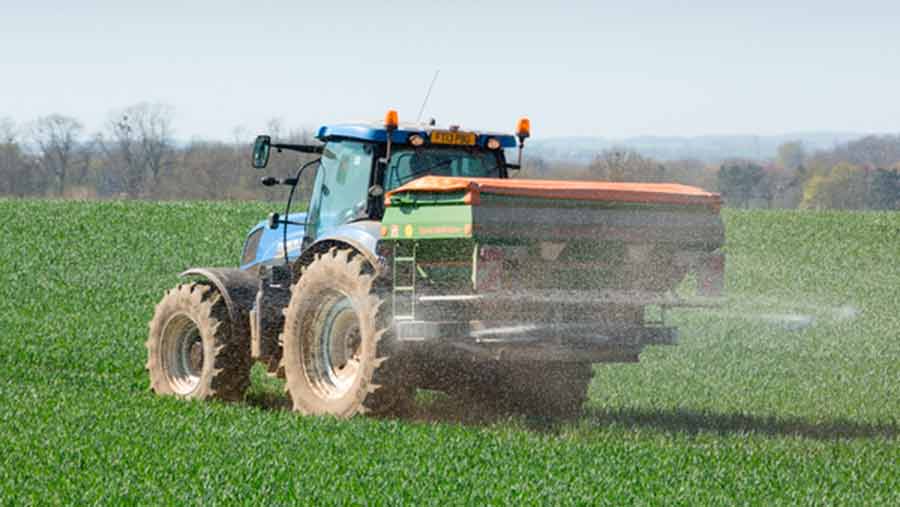 Tissue testing of winter wheat and barley crops reveal that potash levels continue to be low, suggesting crops are deficient of the nutrient.

These findings from Hutchinsons testing at its Regional Technology Development sites mirror potash figures from 2015.

Magnesium and sulphur levels are also low at some of the sites, particularly for winter wheat. Levels of nitrogen and phosphate were at satisfactory levels.

“Potash is an element that we have been investigating for two years at our sites, and as part of the Yield Enhancement Network project,” explains Bob Bulmer, trials and research development manager at Hutchinsons.

“Plants have a high potassium requirement that is very similar to nitrogen and five times that of phosphate.

Winter wheat will require on average 5kg/ha/day of potash during May compared with 2kg/ha/day for nitrogen and 1kg/ha/day for phosphate.

“The factors causing this potash deficiency are poorly understood, but according to the 2015 British Survey of Fertiliser Practice, potash applications have declined from a high of 45kg/ha in 1983 to a current level of 30kg/ha.

In addition, Dr Bulmer highlights the survey shows only half of tillage crops received potash in 2015.

“Yields of wheat have improved in the last two years, increasing nutrient demand, which may reach 350-400kg/ha of potash over the lifetime of the crop,” he says.

Potash is a mobile nutrient and autumn applications may move down the soil profile away from the root zone restricting the availability of this nutrient, so there can often be an issue to get the timing of application correct, he says.

“Winter wheat has a high demand for potash in the spring and summer months, which may exacerbate this problem,” he says.

What are the benefits of potash?

Potash (potassium) is used by plants to activate over 80 enzymes and it plays an important role in helping plants to moderate environmental stresses, particularly drought stress and resistance to fungal diseases.