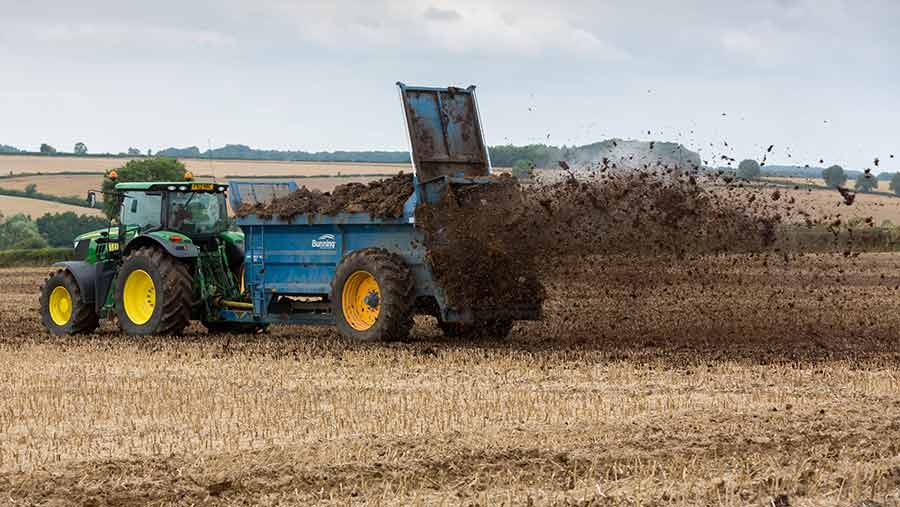 Growers who fail to analyse their slurry or farmyard manure to determine crop-available nutrient levels could be wasting time and money by incorrectly estimating the amount of fertiliser they are applying to a crop.

Thousands of muck samples sent to NRM Laboratories since 2011 were re-analysed to look for variations in nitrogen, phosphate and potash.

The results reveal the financial value of farmyard manure can vary between £0.44/t and £28/t.

“Farmers might rely on ‘typical’ figures such as in the RB209 fertiliser manual when estimating the nutrient value of organic manures, but our analysis shows that they could be way off the mark.”

Large variations were also found in analyses of pig and poultry manure, with a £54/t difference in value between the highest and lowest samples.

There are several reasons for variation in manure nutrient values, including dry matter content, method of handling, and storage, management and application practices which Mr Patrick said will all have a significant effect of manure value.

“Manure is a valuable resource and we have to start treating it as such,” says NRM chairman Lord Curry. “It really does confirm the old adage; where there’s muck there’s money.”