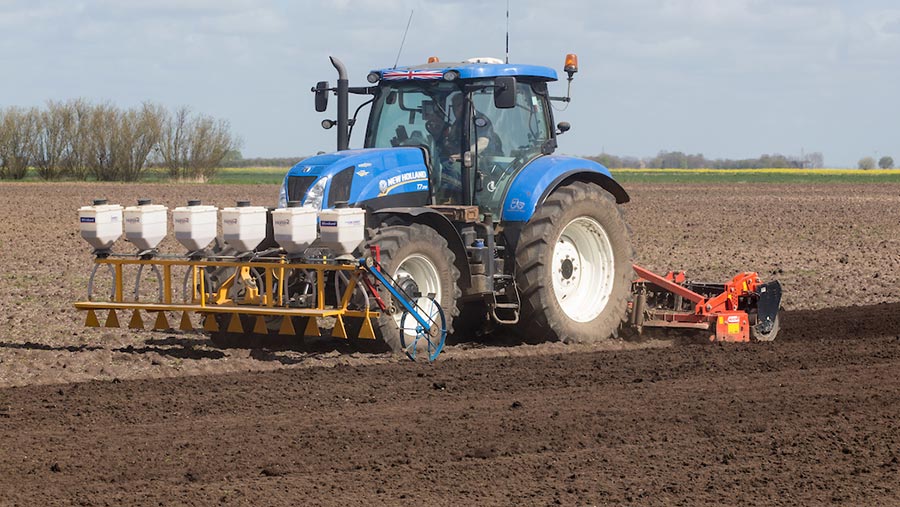 Potato growers will soon be without another plant protection tool after European regulators decided to withdraw granular insecticide and nematicide ethoprophos last week.

The active ingredient is contained in the granular soil-applied product Mocap 15G.

Marketed in the UK by Certis, it is seen as the leading product for reducing the impact of soil-borne pest wireworm.

Wireworm is the larvae of the click beetle and has traditionally been thought of as a pest of grassland rotations, as numbers build in undisturbed soils.

However, it has been on the rise in arable rotations across the UK, possibly driven by increased popularity of min- and no-till establishment in combinable crops.

The larvae burrow into tubers and can decimate entire fields in the worst infestations, potentially costing a grower in the region of £6,000-£9,000/ha.

In addition to wireworm control, the product also offers a useful reduction in potato cyst nematode (PCN) and spraing, which is the symptom of tobacco rattle virus spread by free-living nematodes.

While there are alternatives for both these problems, Mocap 15G’s 80-day harvest interval made it a viable and popular alternative to Vydate (oxamyl) in short duration crops, such as salad potatoes.

It should be noted that Nemathorin (fosthiazate) has a label recommendation for “reduction of wireworm damage” but is not as effective as Mocap 15G and has a 119-day harvest interval, so is unsuitable for salad growers.

Certis potato portfolio product manager Nick Badger told Farmers Weekly that the company anticipates a six-month sell-out period, which would see sales and delivery to farm permitted until the end of August this year.

It remains unclear how long growers will then have to use up existing stocks, with the final report – which will confirm timescales for withdrawal – expected in mid- to late-February.

Mr Badger advises growers to plan 2019 as normal: “This season, there should be no change and we will communicate any decision [on timescales] as soon as the information becomes available,” he added.

Beyond 2019 is when potato growers will feel the effect of the loss, depending on the length of the use-up period, and there are currently few alternative methods of reducing the impact of wireworm.

AHDB Potatoes provides the following advice on reducing the impact of wireworm:

For further reading and information on wireworm control, go to the AHDB Potatoes website.