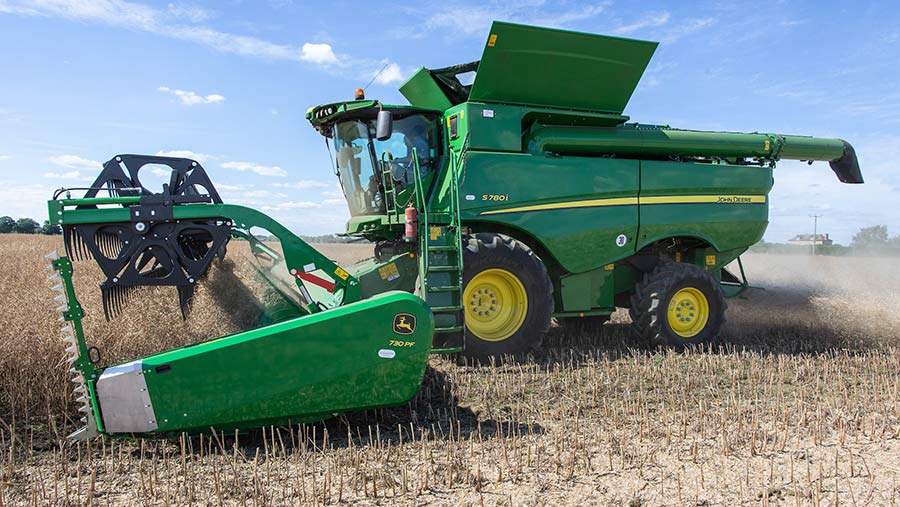 Harvest 2020 will go down as the season to forget and oilseed rape is no exception, with Defra statistics provisionally estimating a disappointing average yield of just 2.8t/ha.

Exploring some of the reasons for the lowest-yielding OSR harvest since 2001, Adas head of crop physiology Pete Berry identified the dry start in some areas, very wet winter, very dry spring and dull summer across the country as particular challenges.

“But poor conditions in September and October prevented crops from growing away from the pest as well as they would otherwise have done.”

Very wet weather right through to the end of February left surviving crops seriously compromised in their early growth in general and rooting, in particular.

“The dry and sunny April did help avoid excessive canopies and ensure a very good seed set, with YEN crops producing the highest average seed number in the four years of the competition, at 116,000/sq m.”

However, Dr Berry says the continued lack of water through May and dull conditions into the summer really restricted seed fill, especially so with the crops’ restricted root systems.

This resulted in an average thousand seed weight of just 4.05g, the lowest in the four years (see table).

“Plant biomass was sub-optimal and the lowest we’ve seen to date too, as was an average yield of 4.29 t/ha,” he adds.

However, Dr Berry also acknowledges that the true impact of the pest is not fully represented by YEN yields because they obviously exclude crops lost to the pest.

“Larval infestation must have been responsible for some of the poor performance, but how much is difficult to quantify.”

He adds that it’s surprising how much adult damage crops can tolerate at establishment and how well it can compensate for even relatively high larval levels in the spring – providing they get the right growing conditions.

As well as achieving a better understanding of cabbage stem flea beetle and how to manage it, improving OSR’s resilience to the weather will be critical to the future of the crop.

Better soil structure and health are likely to be important here, alongside the most effective establishment and canopy management.

Varieties with sufficient all-round agronomic strength to resist and tolerate environmental challenges – rather than just yield potential – appear to be an essential element in increasing OSR’s resilience to the weather.

And Matching varieties and their agronomy increasingly carefully to drill timing, seed-bed conditions and local risk will be more important than ever.

For drilling before mid-August, for example, varieties with a steadier pace of autumn development, greater standing power and better resistance to light leaf spot and clubroot, should clearly be preferred.

Given the higher burdens of flea beetle larvae in earlier-sown crops, a better ability to compensate in the spring and management practices aiding this should also be priorities.

Where drilling is delayed until September, however, faster-developing varieties with stronger phoma resistance become more important considerations, together with seed-bed nutrition and other ways of helping crops escape or grow away from flea beetle.

“Whatever the approach, all our YEN evidence and wider OSR management experience points to the vital importance of having sufficient moisture at drilling and through initial establishment,” says Dr Berry.

“Crops that don’t have this are always likely to struggle, and may well not repay the investment needed to take them through to harvest.”