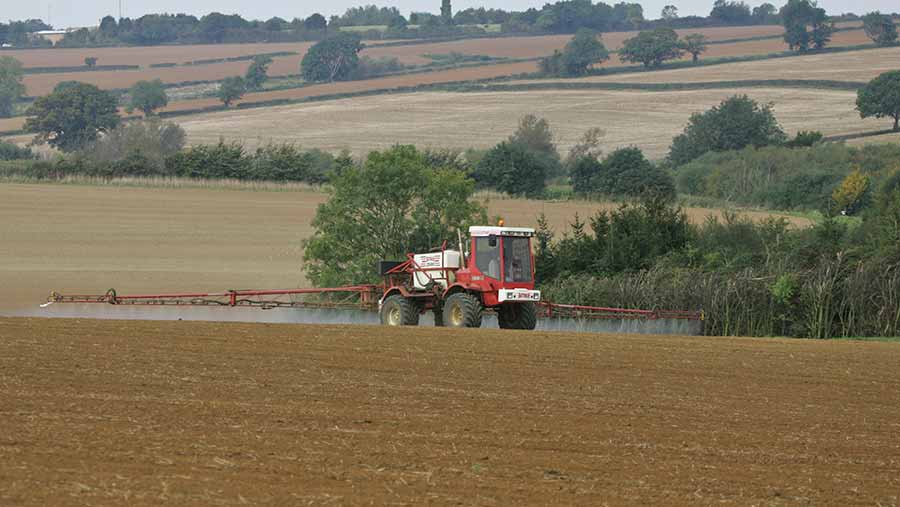 The Soil Association has sparked a row by claiming there has been a “massive increase” in pesticide use on UK farms in recent decades.

The organic lobby group said it had obtained new figures that showed pesticide active ingredients applied to three British crops – wheat, potatoes and onions – had increased by between six and 18 times over the past 40 years.

This is in “stark contrast” to industry claims that pesticide use had halved since 1990, the association said.

See also: How to use integrated methods to tackle blackgrass

But the UK Crop Protection Association (CPA) accused the Soil Association of “cherry-picking” statistics to advance its own political agenda to promote the organic sector.

Weight of pesticide use ‘halved’

The Soil Association said consumers are exposed to a “toxic cocktail” of pesticides, in the form of adjuvants added to pesticide sprays. But safety regulation “does not set safety levels for the cocktails people actually eat”.

The lobby group said recent scientific evidence had suggested that consuming “cocktails of chemicals” – even at very low doses – could be harmful to human health.

Ms Mukherjee added: “Most food products consumed in the UK contain no [pesticide] residues at all, and when residues do occur, maximum residue levels [MRLs] ensure they are at a level that means there is no risk to human health.”

The NFU said the plant protection products in the UK are subject to the most developed and rigorous monitoring systems in the world.

“It’s an absolute myth to suggest the first thing farmers do when they are presented with a pest or disease problem is reach for a pesticide,” said Chris Hartfield, the NFU’s acting chief science and regulatory affairs adviser.

“They are a last resort after serious decisions about how growers should manage their crop to minimise their exposure to pests and diseases, all within an integrated pest management programme.

“Organic farmers also sometimes have to resort to using pesticides. There is a limited number of pesticides that they are permitted to use. That’s part of their toolbox, which is available to enable them to produce food.”