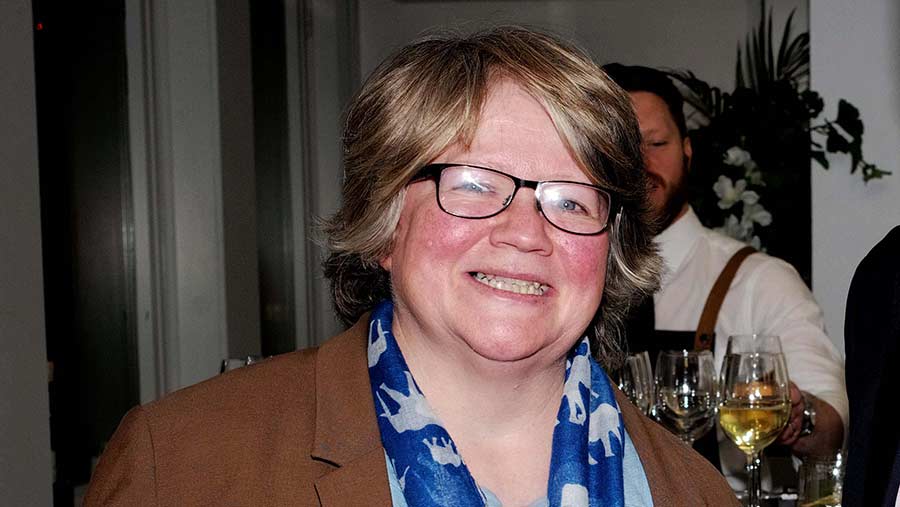 A Defra minister has come under fire on Twitter for pledging her support for Monsanto’s weedkiller Roundup.

A landmark case in California last week saw a jury rule in favour of Dewayne Johnson, a former gardener who claimed his non-Hodgkin’s lymphoma was caused by exposure to glyphosate in Monsanto’s Roundup and RangerPro weedkillers.

See also: Farmers reassured about glyphosate after US court ruling

On Sunday (12 August), two days after this ruling, Suffolk Coastal MP Therese Coffey took to Twitter to write: “Getting ready to deploy the amazing Roundup” alongside a picture of the product.

Getting ready to deploy the amazing Roundup! pic.twitter.com/i9oUScNK38

The tweet attracted nearly 500 comments, many calling the response “inappropriate”, prompting Ms Coffey to add: “Like a lot of chemicals and pesticides, you handle appropriately to manage the risk. Just like you do with bleach and other household chemicals. Roundup is just the same.”

In response, Green MEP Keith Taylor, member of the European parliament’s environment and public health committee and long-time anti-glyphosate campaigner, posted online: “A government minister tweeting just days after Monsanto paid out $289m in the US after a court found Roundup causes cancer. This isn’t a coincidence. This is corporate shilling.”

A Government Minister tweeting just days after Monsanto paid out $289m in the US after a court found Roundup causes cancer. This is isn't a coincidence. This is corporate shilling. Find out more about glyphosate the underhanded corporation behind it: https://t.co/cHDUqLWZHg https://t.co/5YhcS8nbPB

Mr Taylor, who called the Dewayne Johnson case a “historic victory for science, our environment and public health”, added that Ms Coffey’s support was an example of “corporate corruption” and an “extremely worrying omen”.

He said the Green Party will continue pushing the UK government to drop its support for glyphosate.

In November 2017 the EU Commission voted to extend the licence for glyphosate for another five years.