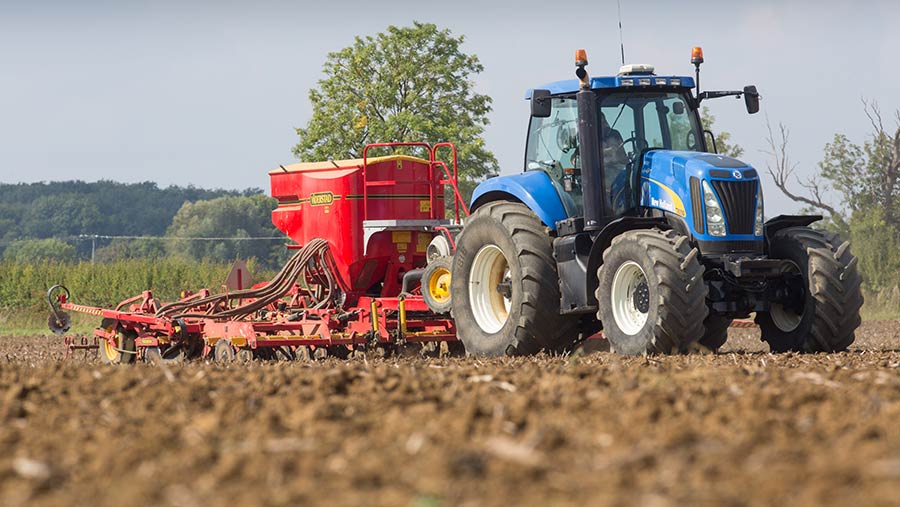 Next summer Britain’s combines are set to harvest the largest area of wheat since 2014, according to an AHDB survey, which also shows spring barley falling for the first time in five years.

The AHDB’s Early Bird Survey, which includes spring wheat, is forecast to rise by 4% to 1.86m hectares for harvest 2019.

See also: How precision farming can earn an extra £99/ha

Winter barley (up 13%) and oats (up 9%) have also increased, which the AHDB suggests is down to the favourable drilling conditions in most parts of the country and comparatively high prices, encouraging  growers to plant more winter varieties.

For oats, this increase means the British crop has increased by almost 50% since 2015.

AHDB analyst Daniel Rooney highlights that the move to autumn cropping goes against the recent trend of farmers growing more spring cropping. This rise in spring cropping had been fuelled by a need to tackle blackgrass.

Mr Rooney said: “Seed sales figures and anecdotal evidence suggest that the total planted area for oilseed rape was similar to or even possibly higher than last year.

Final results and regional data will be available following the release of final Defra data, scheduled for late December.