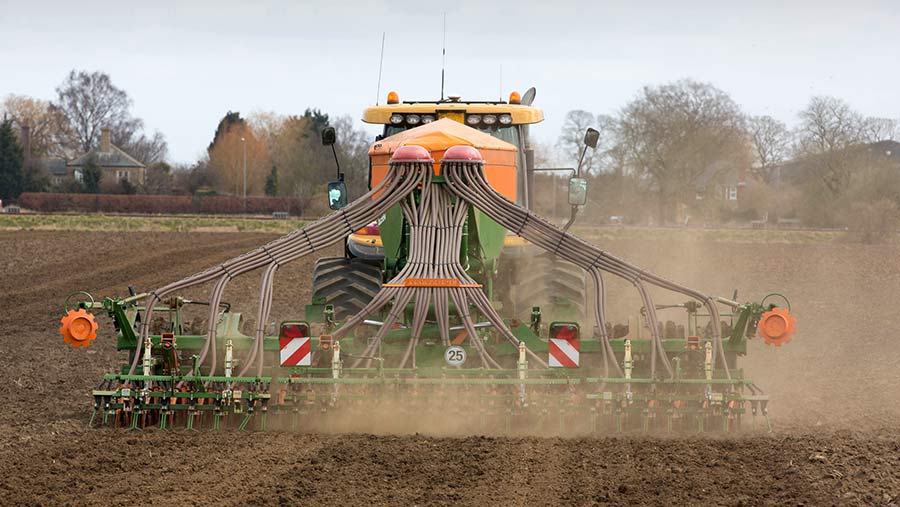 Our Crop Watch agronomists report drier-than-average conditions right across the country after just 10mm of rain in December in some places. This has resulted in good rooting and conditions that are likely to tempt growers to start drilling shortly.

Disease pressure is a mixed bag, with the recent cold snap controlling mildew in the West, but crops may need a T0 mildewicide in the East.

High levels of brown rust and septoria are present in the South, while in the North light leaf spot has been identified in winter rapeseed crops.

Having circumnavigated the globe since my last Crop Watch article, it is a pleasure to return to our green and pleasant land.

December notched up a meagre 10mm of rain, giving us an annual total of 629mm – 100mm below the long-term average.

Despite some very cold temperatures (-11 C), crops continue to look good. If biomass is the key to good yields, then we have a lot of crop potential, but keeping them standing may be a real challenge.

The cold spell will certainly slow down the development of disease, but sadly not kill it off.

High-biomass crops produce a nice micro-climate for disease, but also remember there is a correlation between nitrogen levels and disease incidence. In short, the sooner you start top dressing, the more conducive it is for disease control.

Flea beetle larvae are active in rapeseed, but confined mainly to the petioles. Phoma is easy to see on many crops, but is now past the stage where it is likely to be a significant yield issue.

I am pretty sure I have seen light leaf spot and have sent samples off to confirm this is the case.

Early applications are therefore vital to slow the epidemic down.

With Lincolnshire in full drilling mode and Northumberland poised to lose patience and start, when is the optimum time to drill spring crops?

The glib answer is when soil conditions are suitable. Do not maul crops in and think about how well the field drains.

There is no easy answer to the question of what seed rate to use because the one unknown variable is what percentage will establish.

Not helpful, I know, but you should know your soils and you are best placed to vary seed rates and judge drilling conditions.

In January and February growers and agronomist have their fill of power point presentations. It would appear from the smorgasbord I have attended so far, that we have rediscovered soil (although I hadn’t realised we had lost it).

SDHI resistance is imminent and there is an ever-growing list of insects we have no products to control.  If we add to this the carnage that is Brexit, then you really are a happy chap when you return home. 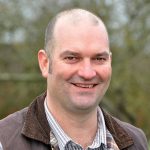 After the cold snap, soil temperatures have been steadily rising and are currently just above 6C.

This will get the rapeseed moving in fairly short order, so when it dries enough to travel a first split of fertiliser will go on.

There’s a fair amount of phoma showing in less-resistant varieties, particularly where autumn fungicides were compromised or missed.

I have seen no light leaf spot as yet, but lesions tend not to appear until early March in many years, so remain vigilant.

Earlier-drilled winter wheats and those following pulses are looking forward and decidedly short on manganese in places.

Where crops are thicker it isn’t difficult to find brown rust in susceptible varieties (Crusoe, Siskin), and yellow rust too (Zulu).

Septoria levels are alarmingly high in some varieties – even those with good resistance ratings.

This is often put down to resistance traits manifesting at later growth stages, and I sincerely hope that holds true with some of the newer varieties that look dirtier than expected for their first season out of the blocks (Extase).

Second wheats are looking hungry and will be receiving their first split of fertiliser shortly.

First and second wheats can then be treated at the same time for the rest of the season.

Winter barley is typically jaundiced and will be getting a feed once dry enough to travel.

The winter bean area has gone up and the spring bean area has fallen to match, reflecting their relative performance last season.

No doubt this season will be different, but it’s easier to see through the rear window than a crystal ball.

The rooks have been particularly troublesome on winter beans across Kent, Surrey and Sussex for some reason this winter.

Hopefully a rise in temperatures will see them diverted elsewhere (spring drillings, no doubt).

We’re all keen to get going, but do wait until conditions are right to create and drill into a decent seed-bed.

If spring crops aren’t well established, there is precious little opportunity to right the wrongs and enable them to catch up.

With increasingly limited herbicide options, particularly in oats, it is important to get a decent stand of crop rapidly established to outcompete the weeds.

The winter has been a kind one. Apart from a couple of cold spells, we have had relatively mild weather and little rainfall.

The countryside seems very green, as everything has grown on through the winter. The ground is very dry at the moment, especially compared with this time last year.

The cold spells over the past couple of weeks has stopped the mildew that was present in most barley crops for now.

Some barley has now just begun to yellow, especially on the heavier ground, and will need some nitrogen shortly.

The variety Funky is looking particularly clean at the moment. Some late-drilled hybrids on wetter ground is also looking good.

The winter wheat crops are looking very forward – even the crops drilled later after maize are looking good.

The winter oats sprayed pre-emergence with half-rate flufenacet have taken a hammering, especially on the overlaps, and the relatively dry ground has exaggerated the effects.

I have quite a lot of winter triticale and this has romped away and is looking very thick and forward. A strong plant growth regulator programme will be needed to keep it upright so it can be harvested for wholecrop silage.

Spring seed is going out of the shed fairly quickly and on some of the lighter chalk ground drilling will start fairly shortly. If ground conditions continue as they are, seed-beds should be good.

We are seeing some leatherjacket damage in grassland now and it really is a wait and see how much damage they do. With no chlorpyrifos now available, there is not much we can do, and it’s very frustrating watching the rooks pitch in as the grass disappears.

I’m expecting a fair amount of grass reseeding this spring where the reseeds failed or are very patchy from last autumn.

This won’t help the forage situation for many of my livestock farmers. A kind early spring is what they are all looking for – we can only hope.

We have so far experienced a drier-than-usual winter. This is reflected in crops that are showing good potential and little sign of anaerobic waterlogging.

Some parts of Essex have received just 16mm of rain for January and this, combined with last year’s drought, has meant fields have taken much longer to reach capacity.

This has led to good rooting, enabling crops to scavenge for residual nitrogen, resulting in cereals remaining a good colour and allowing even the later-drilled crops to tiller.

A warmer end to February could encourage earlier growth, which may lead to earlier applications of nitrogen to help preserve the tiller formation.

Disease pressure on the whole remains low, however mildew and septoria are present and brown rust, although checked since the colder weather, was seen in the more susceptible varieties.

Varieties such as Crusoe may require a triazole at T0 to ensure the brown rust does not spread through the season.

So far the weather has not been cold enough to completely eradicate this, so along with manganese, an early T0 mildewicide may be warranted if we don’t get any further significant cold weather. 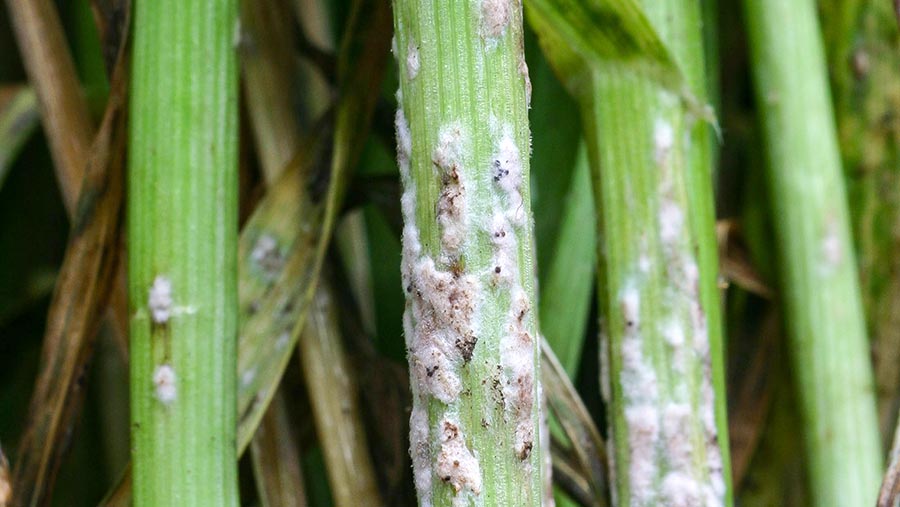 Winter oilseed rape, although heavily defoliated by pigeons in places, have established well, with a good root structure, which will aid rapid growth in the spring.

However, in amongst the canopies there are yet again large numbers of cabbage stem flea beetle larvae.

Larger plants will hopefully be better placed to withstand the damage, however I fear smaller plants may not fare so well.

Propyzamide applications appear to have worked well on blackgrass control. For any required top-ups, Carbetamide has approval to the end of February.

Disease pressure where crops were treated in the autumn remains low and no treatment will be required until we reach stem extension.

During February it can be useful to consult leaf area index images to manage whether or not a plant growth regulator is necessary and also to help determine nitrogen rates.

Spring drilling will soon commence, with lighter land already begun. Make sure if the field has a grassweed problem that every opportunity is taken to control any germinated weeds before the crop is established.