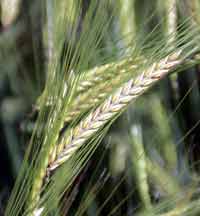 Drinks giant Diageo has reassured growers that it remains committed to sourcing most of its malting barley from Scotland.

The company had a meeting with NFU Scotland on Tuesday (6 October) to discuss the future of the malting barley market, which has struggled with falling prices, contract uncertainty and lower producer confidence this season.

“Approximately 90 per cent of Diageo’s malting barley requirements have traditionally come from Scotland and NFUS members will be reassured to hear that there are no major changes planned to this buying pattern,” NFUS president Jim McLaren said.

“We know from our members that early signals, by way of contracts, are vitally important to producers as they try to plan ahead. NFU Scotland continues to engage with all parts of the trade, including Diageo, at an early stage and we are hopeful that the situation this coming season can be addressed with a more practical outcome for our members.”

Diageo angered Scottish arable farmers in August when it imported 3000t of Swedish malt into Dundee. The company said at the time that the shipment was a tiny proportion of the 200,000t of malting barley purchased each year and it remained committed to Scottish supplies.

“Diageo representatives were keen to reiterate the continuing value they place on Scottish growers, particularly in their commitment to hitting accurate specification requirements,” Mr McLaren said.