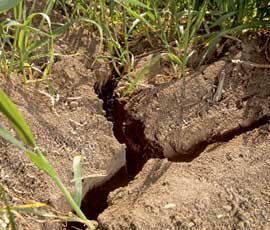 Wetter weather across the UK in December and over the New Year has improved river levels in many areas but the midlands and south eastern counties remain worryingly short of water, according to the Environment Agency.

In its latest drought management briefing the agency said central, eastern and southern areas of England were still at high risk of drought in spring and summer 2012.

“If we do not continue to have prolonged periods of rainfall there could be significant impacts on agriculture, the environment and habitats.

“It may also lead to more drought permits and customer restrictions on public water supplies remain possible,” the briefing said.

Lincolnshire, Cambridgeshire, West Norfolk and parts of Bedfordshire and Northamptonshire are still in a drought.

“Water levels in the Anglian region are described as ‘exceptionally low’,” the agency added.

East Anglia recorded the lowest levels of rain over Christmas and the New Year with just 7mm falling in some areas. Other parts of the UK were normal or above for December.