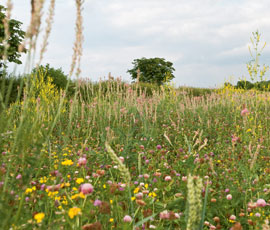 A vital target risks being missed by the industry-backed campaign to fend off a compulsory set-aside replacement.

The Campaign for the Farmed Environment aims to show that farmers can be trusted to keep some of land out of production on a voluntary basis.

But the latest figures show that more land is going under the plough – most likely as farmers cash in on high grain prices.

Farmers have brought 26,000ha of land into production during the current cropping year, suggests a DEFRA study.

The government has warned that it will consider a mandatory approach unless the campaign meets its targets by 2012.

With just one year left, campaign organisers called on more farmers to back the initiative or face the prospect of compulsory measures.

More than 20% of farmers were currently not doing anything for the campaign, said campaign delivery group chairman Jim Egan.

“In addition to retaining uncropped land and putting in place key target options in ELS, we need to see more than 200,000ha in voluntary measures.”

Farmers who had agreed to take action but hadn’t yet done so must make good their intentions, said Mr Egan.

“Their actions in this third and final year really will count.”

Conservationists have seized on the Defra statistics, arguing that the voluntary approach is failing to deliver wide-scale environmental benefits.

The Campaign to Protect Rural England (CPRE) said time was running out for farmers to deliver on their promises. The government should have alternative measures ready to put in place unless there was a major increase in support from farmers, it warned.

Ministers should ensure there was a Plan B ready to go in a year’s time, said CPRE senior farming campaigner Ian Woodhurst.

“Many farmers are excellent stewards of the countryside, and some are doing a great job in providing environmental benefits from their land.

“But too many of their colleagues are letting them down.”

More farmers needed to start pulling their weight to prove their claim that they could deliver for the environment right across the country.

“We can’t just hope for the best and leave it to a dedicated few when it comes to protecting our countryside and its wildlife,” said Mr Woodhurst.