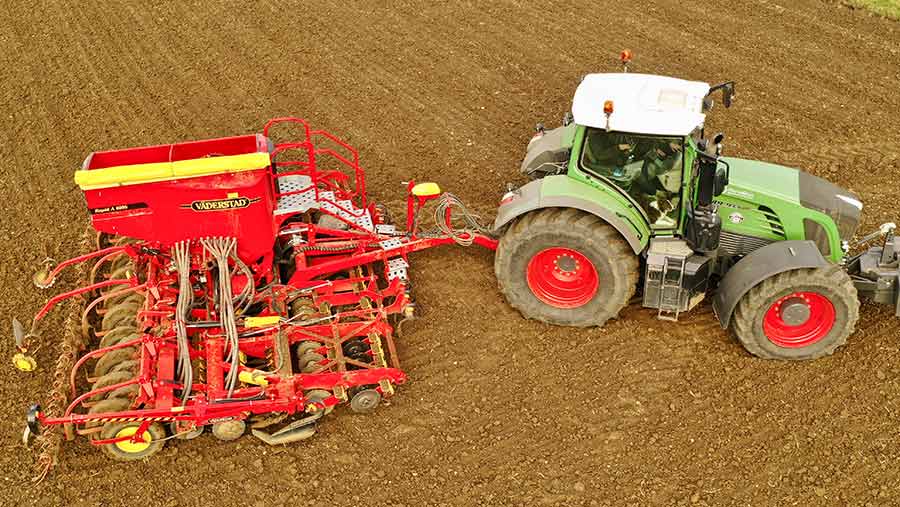 One heavy land Cambridgeshire farm has completed its spring drilling during early January after an unprecedented dry spell of winter weather.

Sam Morris drilled 40ha of spring barley and 30ha of spring beans in the second week of January. This is the earliest he can remember sowing spring crops on his heavy boulder clay soil.

“We did not want to miss out on an opportunity to drill as spring barley is robust enough to cope with a bit of cold weather,” he told Farmers Weekly.

Last year, he drilled 30ha of Planet spring barley in a narrow window of dry weather during late March just before a very wet April, and the crop yielded an impressive 9t/ha and made brewing malting specification.

He says that if they had missed that window, then they could have been drilling well into April and lost yield potential as his heavy ground does not dry out quickly in the spring. This year his 40ha of spring barley is again the variety Planet.

He and his father farm 280ha of arable land at Top Farm, Croydon, some eight miles west of Cambridge.