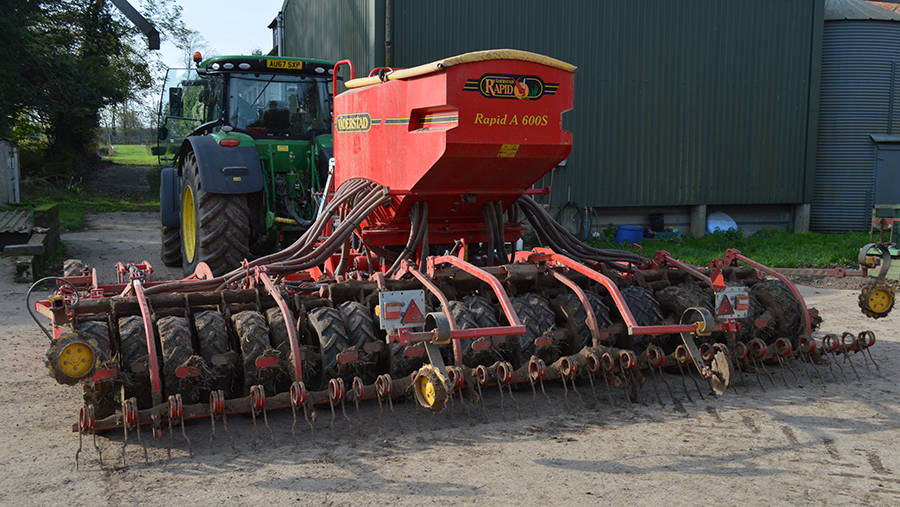 Kent wheat grower Robert Spencer is expecting a hit to his yields, although he is fortunate enough to be 85% drilled up on his free-draining land.

He has 500ha of milling winter wheat to drill of the varieties Skyfall, Zyatt, Siskin and Extase and hopes to be finished in the next week, weather permitting.

“Drilling has been a taxing process and there will be a knock-on effect on yield as the crop was sown in not ideal conditions,” he told Farmers Weekly.

Mr Spencer would normally aim to finish winter wheat drilling about 15 October, so this season he will be about three weeks late due to the very wet autumn weather.

He farms 800ha of largely light arable land over chalk at Lower Garrington Farms, Littlebourne, just east of Canterbury, where average yields of his milling winter wheats are an impressive 11t/ha.

Many other growers have not been so lucky with autumn drilling, and only 25-35% of winter cereals are estimated to be in the ground across Britain after such wet weather.