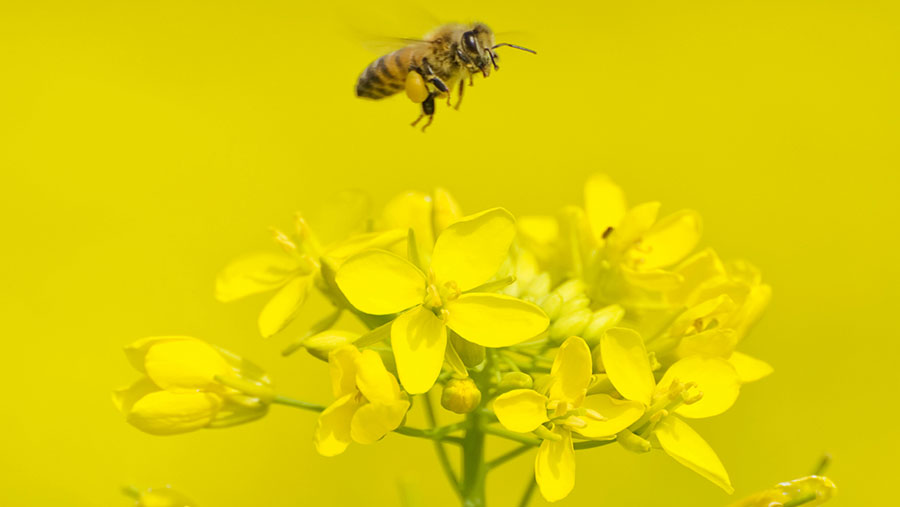 Uncertainty surrounds the future of neonicotinoids after the European Commission delayed a vote that could see a total ban on their use on all outdoor crops.

EU member states discussed a European Commission proposal for a blanket ban on neonics at a Standing Committee on Plants, Animals, Food and Feed (Scopaff) meeting on 12-13 December.

No vote was taken on draft regulations to extend the current temporary ban on the use of three neonicotinoids to cover all crops.

Restrictions on the use of three neonics – thiamethoxam, clothianidin and imidacloprid – for use on flowering crops, such as sunflowers and oilseed rape, remain in place across the EU.

Defra secretary Michael Gove said more evidence that neonics harm bees and other pollinators has emerged since the moratorium was introduced in 2013. Therefore, he said the government would support further restrictions on this class of pesticides.

However, Mr Gove has come under fire from the NFU and the Crop Protection Association who have insisted that extending the ban on neonics to cover non-flowering crops would be unjustified and would leave growers facing lower yields and increased costs.

The NFU says a total ban could see sugar beet yields drop by between 30-40%. And growers would have to resort to using other chemicals, such as pyrethroids, which could further increase pest resistance.

I urge those contemplating voting for a blanket ban of all neonicotinoids to remember 1975 and 76 when such seed dressings did not exist. Yields were decimated by virus yellows caused by aphids and there were queues round the block for sugar. It could happen again!

The European Food Safety Authority, the EU food safety watchdog, is due to provide a further risk assessment on these insecticides and their potential risk to bees in February 2018, which will provide more guidance to policymakers.

Separately, the AGRI committee in the European Parliament is working on a report titled Prospects and Challenges for the EU Apiculture Sector, dealing with causes for the bee population decline including disease, weather and the impact of chemicals, including neonicotinoids.

This week, Scopaff also reviewed the definition of what constitutes “Endocrine Disruptor” properties in pesticides. This comes after some eight years of debate on the issue, but there remains deep divisions between member states.

Diquat, the active ingredient in Syngenta’s Reglone, was also under review.

“However, if our EU regulatory agencies judge that they cause unacceptable environmental damage or give rise to health concerns in humans, then they should and will be removed from the market place.”