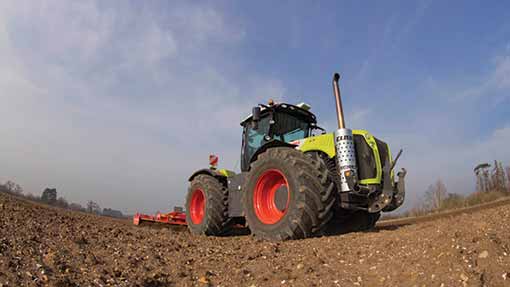 Farm profits dropped sharply during 2013. With no immediate recovery in sight, focusing on the resulting issues and challenges is vital, writes Sentry technical director, Trevor Atkinson.

Most of the reduction came from a £58/ha drop in total income; costs rose £2/ha. As a result the average farm made a £373/ha profit. However, deducting the single farm payment saw that fall to just £159/ha.

Issue: Managing a business with rising output prices allows most decision-making to look good at some point. But managing rising costs and falling output prices is much more challenging. The top 25% of farms (see table) are better placed to meet that challenge, but even this group cannot afford to sit back.

Although the current in-ground crop has good potential, a good manager, fully aware of the increase he faces in fixed and variable costs (see below), will know a yield increase of about 12.5% above rolling average will be required to reinstate harvest 2012 levels of profitability.

Farming income slipped 7.6% on the year to average £942/ha. Poor establishment conditions in autumn 2012 resulted in lower potential or failed crops and a reduced area of key crops on many farms.

However, first wheat area was down one-third, decreasing its share of farming income from 41% to 34%. OSR area fell 15% and income share fell from 23% to 16%. Many farms retained significant areas of failed crops and fallow, or planted less profitable spring crops.

Issue: The reduced area was always going to hit the bottom line hard. While current crops look well and the area is largely as planned, most crops globally also appear in good condition, with projected tonnages above demand. Conditions can change quickly, but for now producers face rising costs and weak commodity prices.

Challenge: Businesses must be flexible to respond to market signals. If positive margins cannot be achieved, the crop should not be grown. Production systems and inputs markets must be understood, as must cost of production for a wider range of output levels.

While direct costs showed an apparent overall saving of 4.5% to average £403/ha, this was due to inputs being reined in on poor-potential crops. Unit costs on both seed and agrochemicals actually rose.

Issue: The full effect of rising costs will appear in harvest 2014 figures as input programmes return to normal. Trend-line projections indicate variable costs rising by £40/ha during the next three years, equal to 0.25t/ha of wheat or 0.12t/ha of OSR.

Challenge: We must improve our understanding of input programmes on yield response and profitability.

Issue: Labour numbers are always a compromise between over- and undercapacity. Combinable crop farms with low dependency on casuals will have a labour bill 36% above those that use and manage them.

Issue: Investment in machinery across all the managed farms grew by £820,000 last year and an additional £116,000 was spent on repairing equipment. If margins stay the same, we must question the level of technology we can effectively use.

Challenge: There is a need to work closely with suppliers to understand machines and their technology.