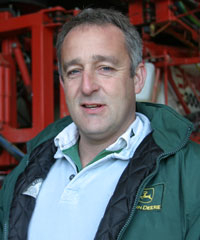 I recently attended the 2010 Sentry conference as the guest of Bayer. The standard of speakers was excellent and the strong coffee I drank before leaving wasn’t needed as my eyes never once shut.

One speaker argued the GM issue very strongly and I believe it really needs to be sold properly to the European public as a way to help food production as opposed to the impression that was given by Monsanto several years ago. Another painted a fairly rosy picture for the mid- to long-term future of farming, which was welcome news.

Poul Christensen, chairman of Natural England, spoke and made sense with his “farmers need to manage the environment and produce food” approach. He commented on the Campaign for the Farmed Environment, which he advocates should remain voluntary.

This got me thinking, and I am sure I will not be popular with those concerned, but shouldn’t Natural England be sounding out farmers not in Entry Level Stewardship (ELS) to do their bit? After all, they have the information about the culprits. I’ll gladly do my bit for the campaign when it can be proved to me that those who ought to be in ELS are. Among them are those who say the scheme isn’t worth it; they should share the set-aside among themselves if it’s forced upon us.

The snow seems to have gone and we have managed to get the first dose of nitrogen on the rape and backward bits of wheat, but a large heap of Atlantis (mesosulfuron-methyl + iodosulfuron-methly-sodium) sits in the spray shed waiting for temperatures to rise sufficiently.

Let’s hope for a good spring so we can get the beet in well, especially now a decent deal has been struck up with British Sugar. Well done to all concerned.

I’m off to admire my 6m margins now.