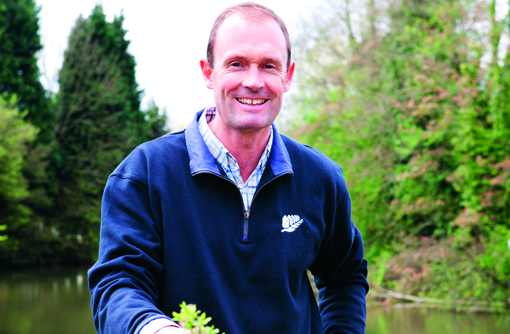 I was recently lucky enough to visit the Allerton Project at Loddington in Leicestershire. The project is sharply relevant now as it researches how we can increase food production and enhance wildlife and the environment at the same time, and passes that knowledge on to farmers.

Phil Jarvis, the farm manager, said there were three main features that helped wildlife the most: rough grass margins, wild flowers for nectar and bird seed mixes. It is good to see that these now appear in the latest ELS handbook as I prepare to renew my agreement, comforted by the fact that DEFRA have stated it can be terminated without penalty should CAP reform greening rules make it disadvantageous.

It is also good to see cover crops featured as they are an integral part of my conservation tillage attempts. They are also looking at the potential benefits of direct drilling at Loddington, although, as usual, there is much debate about what form it should take.

An Australian colleague calls my drilling direct with narrow knife tines “min-till”, as only planting direct with disc coulters is “no-till” for him. I tried to describe to him one of the larger tillage trains for sale here, but I think something must have been lost in translation as he seemed rather bemused.

One potential benefit of reduced tillage and cover crops is a reduction in soil erosion and it is a challenge they have confronted at Loddington as the potential associated phosphate run off had implications for the health of their ponds. Interestingly their investigations revealed that cesspits were a major source of such pollution. Let’s hope the Environment Agency takes this into account when considering the way forward on this matter.

Unfortunately, the visit was slightly marred by the vista that greeted me as I turned off the A1 – a big chunk of perfectly uniform and deeply golden oilseed rape. It was rather depressing given that some of mine could most politely be described as “having protracted flowering”. However, congratulations to whoever it belongs to, it was certainly a rarity during my three-hour drive up the country.