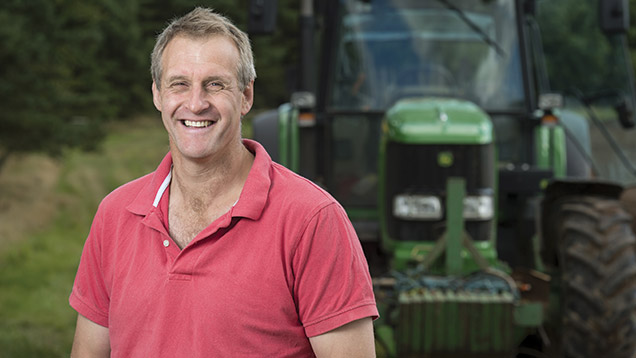 I was absolutely exhausted last week after driving my tractor all day; you see I was busy variably applying my potash and phosphates (yes I know, it should have been done ages ago).

In certain fields the prescription demanded only a light dusting of each product and I find it is a bit tedious travelling at a lethargic 12km/hour up and down the tramlines.

So, when I could, I was manically going as fast as possible, but it is very hard work keeping it steady in the rows that have the odd bump and squelch mark made when the sprayer was last through the crop.

I have now resolved to ditch this method in future – it is boring, especially when you have to do it twice to get both fertilisers on.

Every field takes an age to complete the vital information and, when you try to advance the system on to the next field, it feels like someone at the other end of the line is physically taking the completed page, examining it, deciding it has errors on it that you need to address, then putting it into some sort of piling system at the other end of the building before sending the next page for the next field.

It is a joke, and even the professional form fillers are saying it is taking at least twice as long as the old system.

The time for people to get the form finished is fast approaching and there is a fear the system will meltdown as we approach that date. More worryingly, though, is there are already concerns that the payments due to farmers will not reach bank accounts until this time next year.

By the time you read this we will have, for the first time, sold our yearling cattle store.

I hope our decision is the right one. We have always been cattle finishers and it is with a huge amount of trepidation that I am writing this piece on the eve of the sale. Time for a drink, I think.

Neil farms 607ha in partnership with his father and brother from Caverton Mill, Kelso, on the Scottish Borders, growing combinable crops and brassicas. Some of the mainly medium loam is let for potatoes, and the farm also has cattle and sheep.