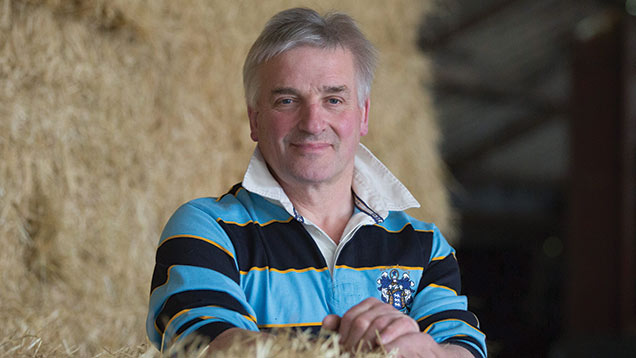 We couldn’t have had a different run-up to the Cereals event compared with last year’s.

In 2014 we spent the two-week run-up out on the site, meeting people, sorting out their queries and seeing that everything was in place for the event.

This year, the two weeks prior to Cereals 2015 were spent in the farm office getting to grips with those BPS forms.

Having all the land we are responsible for in HLS/ELS, with many different woodland and forestry schemes, has greatly increased the complexity of the job and man-hours required to complete the task.

Being a stintholder on the neighbouring Therfield Heath – where we graze sheep as part of an HLS – is another addition to our application, particularly now that all commons have to be mapped.

On Sunday we helped our neighbours Russell Smith Farms who hosted an Open Farm Sunday event. The weather was excellent and helped make the day a great success.

As usual I helped with the tractor and trailer rides, which must have been undertaken by some 700-800 people.

The whole day went well and was immensely satisfying, although the questions one has to answer get more taxing every year, mainly due to the fact that people carry iPads with them and can check up on your answers straight away.

With the forms almost behind us and Cereals over for another year, conversations are switching to cropping decisions for 2016.

Following the flea beetle issues last autumn and with no solution on the horizon to control them, many farmers in my area are adamant they won’t grow oilseed rape again.

Their enthusiasm has certainly been dampened further by the disappointing forward prices.

Not wanting to go back down the pulse route again, we will probably try growing our specialist crops of seed forage rape and stubble turnips for seed again.

We might change the way we establish them, drilling dates will be reviewed and the Sumo/Seeder will be left in the shed in favour of ploughing or furrow pressing and the Horsch Pronto.

Above all, I need to remain optimistic.