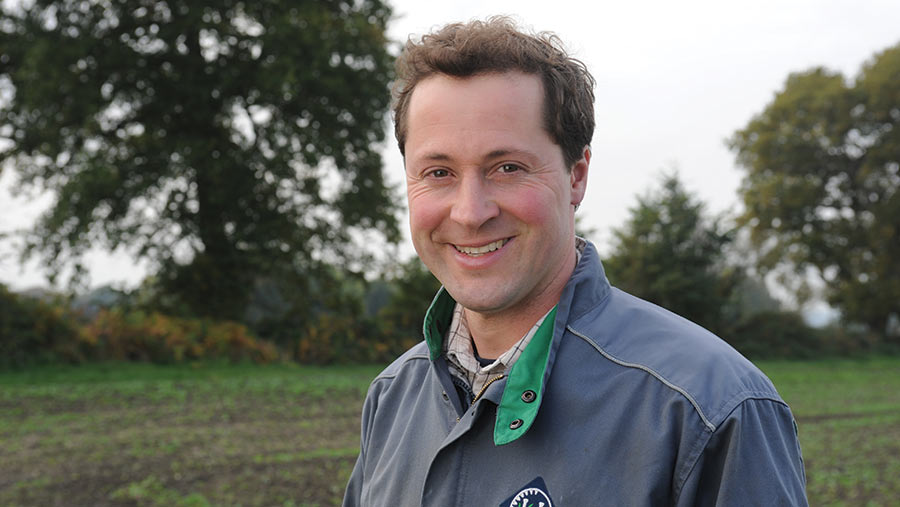 “It is not the strongest of the species that survive, not the most intelligent but the one most responsive to change.”

I’m not usually one to be spouting off quotations but I saw this one recently by Charles Darwin and it really stuck in my mind given the problems in the farming sector.

It’s likely this season we will be selling crops close to, or below, the cost of production so it will be essential to have diversified income streams to survive the downturn.

Now is also considered the best time in 30 years to obtain planning permission for residential development; looking again at old or redundant farm buildings with fresh eyes may be fruitful.

Perhaps we also need to co-operate locally in other ways such as co-ordinating machinery replacement to facilitate additional machinery sharing between neighbouring farms.

On the farm I resisted the temptation to drill spring barley at the first opportunity at the end of February.

I did this a few years ago to then have the barley emerge just as the spring flipped back to a month’s cold weather.

Every rook in the county paid a visit and the barley never recovered despite the efforts of multiple gas guns.

This year (having passed laboratory tests) we are also trialling planting undressed Propino seed, to reduce seed costs and I need to be absolutely sure it gets up and grows away rapidly.

I have been talking recently to a local agricultural college to find out more about government-supported apprenticeship schemes.

I like what I have heard so far and hope to proceed to interviews for a possible placement later this year.

We have a responsibility to fast-track the careers of those young, keen individuals who want to train on a farm rather than attending a further education course.

I am told pesticide buffer zones are facing extra scrutiny.

At the most extreme some actives require 20m in-crop buffer zones but others have only six or 10 metre requirements.