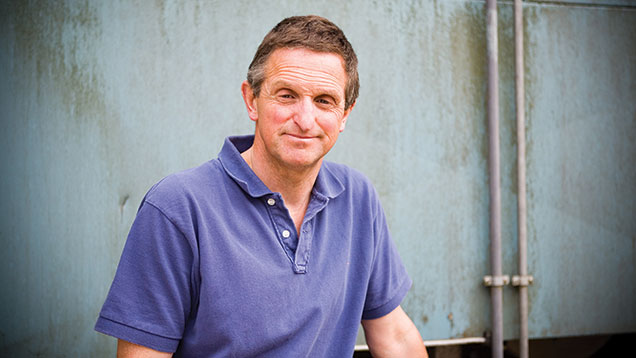 I am delighted to report that after a break of a few years, the rare arable plant pheasant’s eye has put in another appearance on one of our headlands left for that purpose.

It’s in the Red Data Book as nationally rare and in the England Red List as endangered.

Kew Royal Botanical Gardens collected some of the seed last time it grew on the farm and struggled to get it to germinate, but eventually discovered that it responded to varying warm and cold temperatures.

Over the years you will often find there is a change in the types of weed that dominate in the grass areas that we have on the estate and I have always thought this was due to the different winter temperatures affecting which seeds broke dormancy. Perhaps this is the same with the pheasant’s eye.

Lack of rain and high temperatures have taken a heavy toll on the crops growing on the gravel this year, with the wheat and spring crops particularly badly hit.

The spring beans are dying back in early July and quite frankly look dreadful. Once again, they are going to be bottom of the gross margin league on the farm this year, so it is more forage maize next year and less beans.

As an industry we seem to be running out of options for profitable break crops, with several farms in this area dropping rape altogether next year.

This compounds the blackgrass problem, because spring cropping in particular has made a huge contribution towards the control of this yield robbing weed on the farm.

Harvest is at least a week to 10 days later than normal, with oilseed rape only just being desiccated as I write this in mid-July. Winter barley harvest kicked off on 21 July.

I can report the initial yields of Volume at 9.86 t/ha, with the Glacier still to harvest. With areas of both wheat and spring cereals dying off, there should be plenty to keep us busy while we wait for the oilseed rape.

Wishing you all a successful and not too stressful harvest.