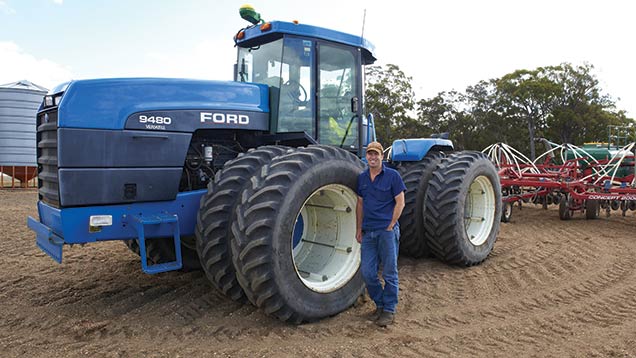 The GM saga is back in the courts this week with Marsh and Baxter continuing their fight over the GM oilseed rape contamination between their two farms.

On the first day of the trial there was a TV show looking back at how it all started. What surprised me was how much legal action took place before any contamination occurred. It felt like it was inevitable.

Marsh had erected signs around his property threatening legal action and issued legal letters to anyone growing GM oilseed rape, saying he will sue for damages if any rapeseed landed on his property, well before any contamination occurred. This is a very different experience to the one I’ve had with my neighbour, who also has zero tolerance to GM.

My neighbour has a contract to sell wine into the EU and this contract has a zero-tolerance policy to any GM contamination. It also has zero tolerance to many of the chemicals we use to grow crops in Australia that are banned in the EU.

So when I informed my neighbour that I wanted to plant GM oilseed rape within metres of his vines, he didn’t go and plaster signs around his boundary and I’ve never received a letter warning of impending legal action. What we had was an open conversation about what we are intending to do and how this might impact each others’ businesses.

At first my neighbour was worried after the Marsh v Baxter GM court case, that rapeseed might blow into the vines, but after discussing the risks, we both agreed it was a manageable risk.

Over a few weeks after thinking about the GM technology and what it had to offer, my neighbour came to me with a preference for me growing GM oilseed rape due to the risk of chemical contamination from the growing of conventional rape. To my neighbour, GM rape was seen as the safest option, due to the small amount of chemical used, and thus, the low risk of contamination to his vines.

GM technology has so much to offer society, but only if we let go of our unfounded fears and embrace the opportunity.

Rob farms 3,000ha with his wife Jen and two daughters in Kojonup, south of Perth, in Western Australia. Cropping includes wheat, barley and oilseed rape. Wildflower seed is grown for retail. Merino sheep are reared for wool and meat.