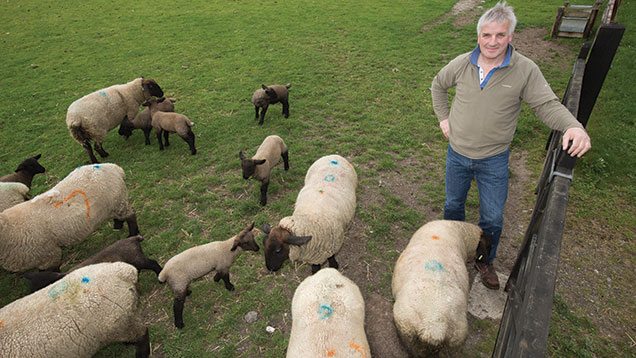 April has arrived and with it a new financial year, so we are busy with stocktaking and valuations.

Armed with a clipboard, I have been making my way around the farms along with the farm’s secretary Valerie Bradford who is now in her 17th year with us.

She used to come for three hours/week, but that has now increased to three days/week despite moving us from a 26 column cashbook to getting everything online, but a paperless office still seems sometime off.

So it has been a day of assessing stocks, counting sheep, as well as hay and straw bales.

The weather has today been like most of March, cold and dry with many frosty mornings which has meant grass growth has been minimal, although crops have been drilled in good time along with fertiliser and agrochemical applications.

A month ago we had an embarrassing abundance of stubble turnips still to graze, but we are now extremely glad to have had them with little alternative grazing available.

In the run up to Easter selling spring lambs has been a much more rewarding task than pricing up remaining grain in store.

“Two years ago wheat was fetching almost three times as much as lambs were, but this week the two commodities are virtually returning the same and it is much more satisfying being actively pursued by livestock buyers rather than conversing with grain buyers.”
Robert Law

Two years ago wheat was fetching almost three times as much as lambs were, but this week the two commodities are virtually returning the same and it is much more satisfying being actively pursued by livestock buyers rather than conversing with grain buyers.

The collapse of the Basic Payment Scheme (BPS) online application system is yet another example of a government IT initiative gone pear-shaped and ranks alongside the NHS and defence personnel fiascos.

The day before the announcement came that we were going to have to revert to pen and paper applications for BPS, the government announced that all tax returns were now going to be online from next year.

The most bewildering fact to come out of the situation is the £154m figure being banded about as the cost of the system, which works out at just over £1,800 per BPS application. I am still waiting for somebody to put their hand up and say sorry.