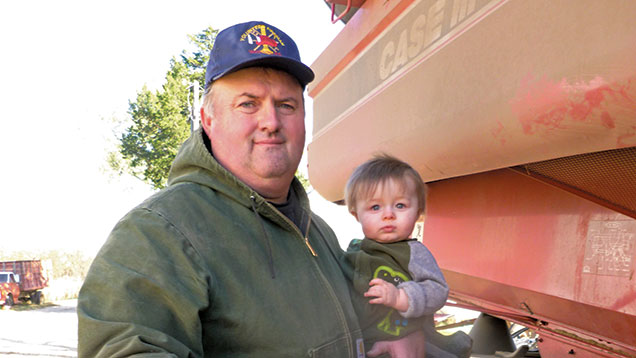 My level of frustration with government at all levels is quite high this evening.

Along with trying to get my income tax returns done by the 1 March deadline, I have to make some decisions regarding the “new” farm bill that is actually a couple of years late.

I must decide whether or not to update yields and base acres by 27 February. Even if Farmers Weekly gave me 20 pages, I doubt I could explain this farm bill.

At first glance it appears the goal was to make it as complicated as possible. If that was indeed the aim, I would say the government succeeded. Most of the people administering it don’t understand it.

By the end of March I will have to choose one of three options. I will then have to live with those choices until the end of this current programme. If history is anything to go by, Congress will not be able to write a new farm bill on time and will extend this one for one or two more years beyond the end date.

Our state government is causing a lot of heartburn right now too. Several years ago Governor Brownback pushed through a state income tax cut without the corresponding spending cuts. The idea was businesses would flock to Kansas, making more revenue for the state, so there wouldn’t need to be any spending cuts. That hasn’t worked and the state has blown its reserves and now faces a $0.5bn (£0.32bn) deficit.

In American politics you will never hear a politician say: “I was wrong.” Instead of restoring the income tax cuts, a state senator from the Kansas City area has proposed raising tax valuations on farmland as much as 600% to restore funding to schools. In his words, farmers have just had it too good for too long. There isn’t any doubt raising the tax valuation by that much would be devastating for Kansas farmers.

Perhaps Farmers Weekly could start a contest among the English-speaking farmers of the world to identify the dumbest politician. I think someone from Kansas would win.