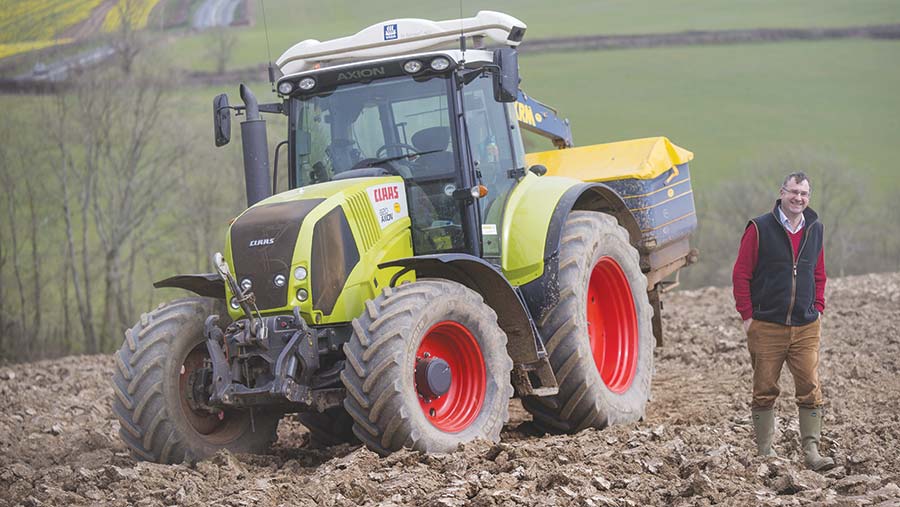 Spring has finally sprung here in Cornwall – and has brought a huge workload with it. We have been busy with the daffodil flower harvest for some while and, although it started early, it looks like it will finish at around the normal time.

The harvesting labour supply has just about done what we asked, but will need further thought and modification before next year.

It is without doubt our biggest challenge and will become a greater one with the introduction of the government’s new living wage.

When the chancellor introduced the idea, I don’t suppose that he thought that the cost would end up sitting with the producer at the bottom of the chain, but that is what will happen unless every­one through the chain, including the customer at the end, accepts that they need to take on their fair share.

Some jobs simply cannot be mechanised to improve productivity – flower picking being one; to remain viable, the return to the producer has to increase.

The first potatoes have been planted, as have the spring beans and most of the spring barley, although catchy weather has prevented us from really cracking on. Soil temperatures remain below optimum levels, so I am not pushing the potato planting too hard.

The cool conditions that we have experienced over the past month mean that crop development is not as rapid as it could be, despite receiving fertiliser applications in good time. Even our grass growth is pretty slow, which is testing as we are in the thick of lambing.

My thoughts have now turned to the issue of the 2016 Basic Payment Scheme application. I am lucky as I have been paid for 2015 and received a claim statement.

Unfortunately, the claim statement doesn’t tie up exactly as I thought that it should, so I am now on the back foot before I even start the next application round.

Pre-2015, I found the online application process relatively straightforward. Last year I had to resort to a paper application; this time, I am approaching the revised online process with a large degree of trepidation. Let’s hope that I am proved wrong.