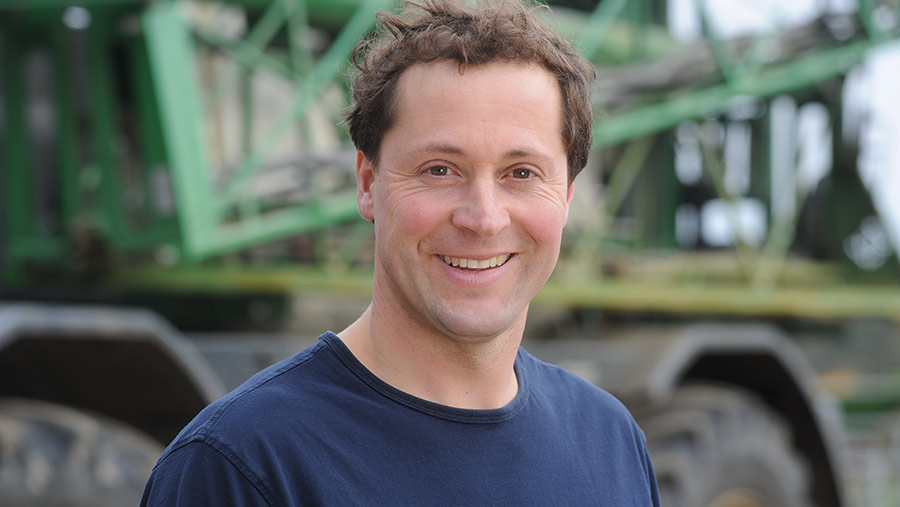 I predicted to a friend that the wet winter would be followed by a very dry spring, but the opposite has happened – April showers are now all too prevalent, making timings for field operations tricky.

Fortunately, spring barley has emerged well, with no bird damage or capping, but spring bean pre-emergence sprays may prove ineffective following so much recent wet weather.

Atlantis (iodosulfuron + mesosulfuron) applications for blackgrass control seem to have worked well despite being applied when it was a little too cool for optimal uptake.

Yellow rust has been seen on second wheat crops, but I am hoping T0 sprays will keep this in check.

We were disappointed to learn last month of the closure of our local Claas depot near Pewsey. This site had offered excellent local service and parts supply and will be missed by the whole team.

Amalgamation and relocation of agricultural service sites is inevitable as farmers postpone or cancel machinery replacements, but the increased journey times to get essential parts in the future will be frustrating.

I have recently undergone training and assessment for the use of aluminium phosphide and rodenticides. New legislation restricts the purchase of these products to trained individuals.

To be fair, it is essential that second-generation rodenticides are used effectively and sparingly or they will end up being banned, as has happened in some other EU countries where excessive levels have been found in non-target wildlife.

While on the subject, there seems to be the real possibility of a European ban on glyphosate as its relicensing review continues.

The number of actives we use has already dropped from about 1,000 to about 250 and now the world’s most popular herbicide is under threat.

Trying to farm conventionally with no effective stale seed-bed, pre-harvest dessication or grassland destruction herbicides is enough to keep me awake at night.

The interpretation of hazard and risk assessments seems to be broken. Tell the public there is 1 parts/billion (ppb) of a herbicide in their beer and they will shout “poison”, while remaining indifferent to the fact there is 50m ppb of a proven carcinogen called ethanol in the same product.

If this loss of actives continues we will soon be left with sprayers that are little more than expensive watering cans.