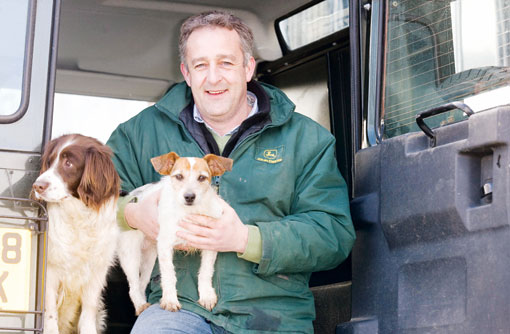 On 16 April the powers-that-be voted to abolish the Agricultural Wages Board, which has left me in two minds as to how I feel about it, writes Richard Cobbald.

On one hand, I think why should farm workers be protected on the amount they get paid during these austere times? But that makes me feel a little hypocritical because while I was on my way up through the industry, I benefited from annual pay increases as a result of the AWB.

But the government has got to cut costs where it can and has had to make many unpopular decisions that have affected people on a far greater scale than simply negotiating wages. It’s like a good friend of mine said to me the other day: “At least they have got jobs and in some cases a house to go with it.” That is a difficult one to argue against.

So on balance it’s probably the right thing to abolish the AWB, and if you want to keep your good staff, you will have to pay them reasonably well.

I have just lost my sprayer and combine driver, who is going to work as a welder on London Underground because the money is so much better for fewer hours. So it looks we have a difficult tightrope to walk as employers.

We are just kicking off with our T1 sprays while we have a window of opportunity to get the crops protected. Who knows when the flag leaf will appear this year, but I am quite prepared to come back in with a T1.5 if I have to.

Now things have warmed up I don’t think we are in too bad a shape considering the year.

The sugar beet was again excellently drilled by Paul Cornwall (that’ll be a pint) and are just starting to emerge. Let’s hope the skylarks that apparently don’t exist leave them alone.