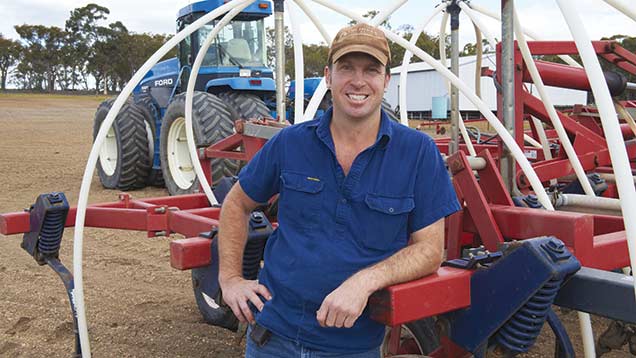 Seeding is underway here in Western Australia, with one of the best starts in more than 10 years. April rainfall was more than 100mm here in the South, 40-60mm in the midwest and in excess of 200mm in the eastern wheat belt.

I’ve taken the night off from planting canola (oilseed rape) to write this article about how seed companies are changing the seed buying game.

For all grain, except canola, the royalty for the use of the grain is collected at harvest. Its called an end-point royalty and for wheat and barley it’s about $3-$3.5/t.

See also: More from all our Farmer Focus writers

This serves two purposes – first it allows farmers to keep their own grain for seed, thus keeping costs down, and secondly it rewards good breeding. This is evident in the wheat variety Mace. Last year it made up 80% of the wheat grown and in Western Australia its royalty would have been AUS$24m. Every breeder is out to produce the next Mace.

For this system to work, every seed company has to agree to an end-point royalty and most do, except the canola breeding companies. Why? Because they are using the wrong breeding technology and end-point royalties would wreck their business model.

Take hybrid canola, for example. Five years ago there was about 10 varieties of open-pollinated (OP) canola to choose from. You kept and cleaned your own seed and every few years you would replace it with a proven better variety.

Because there was no end-point royalty on canola there was no money coming back to the breeders, so they stopped breeding OP varieties and started breeding only hybrids. A system in which you pay upfront and can’t keep the seed. The trouble is it doesn’t work.

After five years of being commercially available, the 20% yield increases haven’t materialised, but all the costs have. This system has failed to keep costs low and reward the best varieties, instead it is trying to force the European and American seed system on an environment and farming system that can’t support it.

Rob farms 3,000ha with his wife Jen and two daughters in Kojonup, south of Perth, in Western Australia. Cropping includes wheat, barley and oilseed rape. Wildflower seed is grown for retail. Merino sheep are reared for wool and meat.