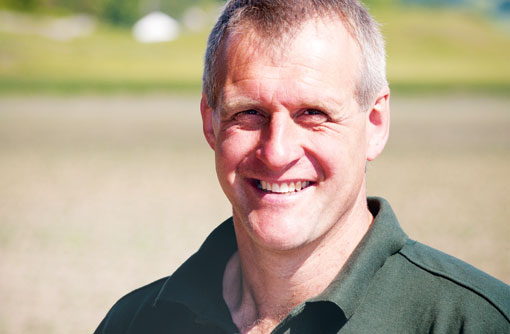 It was like somebody turned on a light. It seemed that sudden. Brown and yellow suddenly went green.

The day after my last article appeared, there was a hint of warmth and every plant in the county woke up from a very long winter and responded. And not before time you may well say, but it will not improve the fortunes of some poor crops in the area.

Regrettably, we have a cock-up of the most visible kind, which I suppose I will have to confess to since nobody driving past will miss the stripes in some of our barley fields facing the road. I could claim to be conducting a trial, but you wouldn’t believe me. I will leave a box at the end of the road ‒ there aren’t many tourist attractions that are free nowadays!

So neonicotinoids have been banned. But don’t despair we will soon have a new weapon in our armoury against the pests they control.

It’s called Black Sabbath. Yes, it has been proven by researchers that plants exposed to the music of Black Sabbath “are the shortest and had the best flowers and the best resistance to pests and diseases.”

Fantastic, we now have an all-in-one product that includes a growth regulator. The only snag is we can’t get it in a bottle. All of us can sell our sprayers to Africa and instead we will persuade the government to rig up a series of stations around the country, (a bit like the old fog stations that alerted ships to rocks in poor visibility) and blast out, as described by the researchers, “great big, thumping noise, rowdy music” of Black Sabbath.