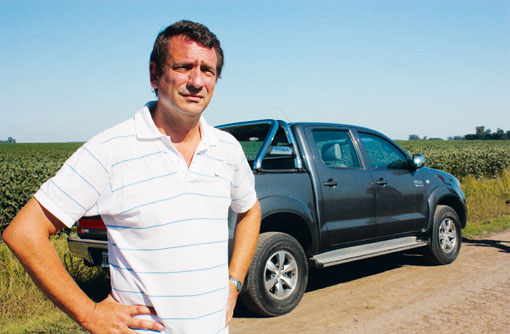 The move to increase the area of soya bean planting for the next season (starting in late October) is important here as costs rise for all crops.

I will sow 100% of my 650ha of soya beans, because it is the crop that has the best projected gross margin and the lowest costs.

Maize producers are not excited because the outlook for prices is downward, and so the crop is planted mostly by growers on their own land, rather than rented land, to benefit soil fertility.

Profit margins are shrinking for soya beans, but less so than for maize as the soya bean crop has lower production and haulage costs. Lower grain prices, due to the impending good US harvest, together with rising dollar-denominated costs, are putting more pressure on all producers.

Break-even yields to cover costs are high. On privately-owned farms, we require 3.0t/ha of soya beans, 8.5t/ha of maize, 3.5t/ha of wheat and 2t/ha for second soya bean crops in the rotation.

On rented farms, the results are negative for wheat, second crop soya bean and maize. The break-even yield for maize is 10.0t/ha at current rental levels.

The proportion of rent paid in advance is becoming lower, changing to the greater part paid after harvest; so we will likely see rent payments in future based on a percentage of yield.

On lower quality land, rents have been reduced by about 10%, although on better land rental values have held steady.

With declining prices, it highlights the heavy burden of retention taxes on exports (35% in soya bean), while government intervention in the export market has seen a clear fall in wheat production in Argentina.

With low prices, an annual inflation rate of 25-30%, and an unfavorable exchange rate, the result is that we need higher yields.

But to achieve this we need to make a greater investment (hard with the financial constraints) and have “perfect growing conditions”.

Argentina’s farmers, including myself, face a difficult future