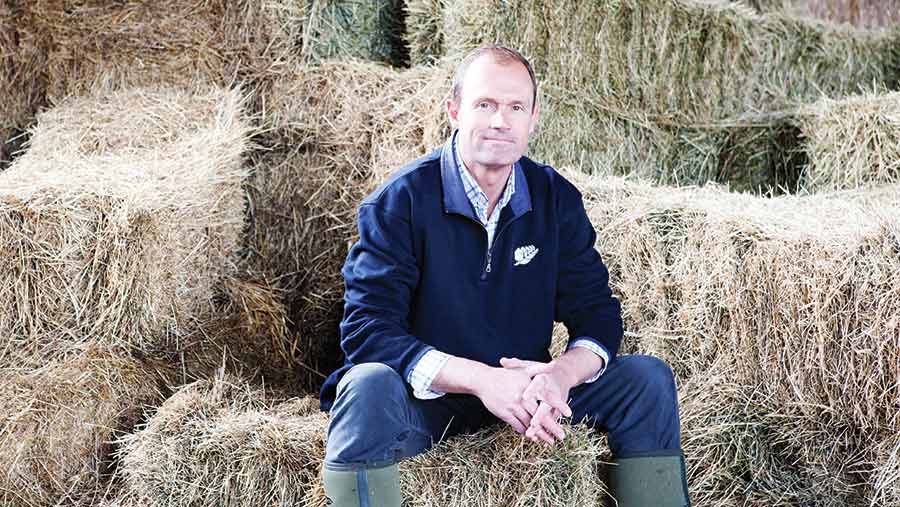 I’ve done something very silly; I’ve bought some sheep. For years my brother has looked after and then more recently owned all the livestock.

But with changing circumstances, some grassland of my own and a belief that integrating sheep with the arable enterprise has benefits, I have taken the plunge.

How hard could it be? Well, as I grappled away with them on the side of the North Downs last week, wondering if I was more battered by the animals or the horizontal gale force rain, I decided it might be sensible to keep the flock small.

See also: How livestock and grass before cereals could cut input spend

Strangely, I rather enjoyed it, but I wouldn’t want to do it every day.

Sitting at the Oxford Conference it did sound like I had made (yet another) huge error as there were many speakers giving good arguments as to why meat consumption would fall.

We do need to be on the right side of consumer trends but, from what I heard, maybe if I can show I am producing food that is local, traceable and contributes to good causes, in an environmentally friendly and transparent way then I might get away with it – phew.

The good news is millennials are more interested in spending money on food than they are on clothes or putting it in savings.

They are also more open to scientific argument, as long as it doesn’t come from large corporates.

I am grateful to Yara for my attendance at Oxford. It was a fascinating conference in stunning surroundings and I thoroughly enjoyed it, although I will need to go the Oxford Real Farming Conference next as that looks equally interesting.

Michael Gove’s speech was of course widely reported, and personally I’m quite happy to produce public goods in order to receive public money.

But it was his adviser Professor Helm whose speech was harder hitting to me. He explained A not paying subsidies for land area would lead to a marked reduction in land values.

He added we should pay for the damage we are causing to the environment and should not be receiving any breaks relating to inheritance tax, business rates or diesel.