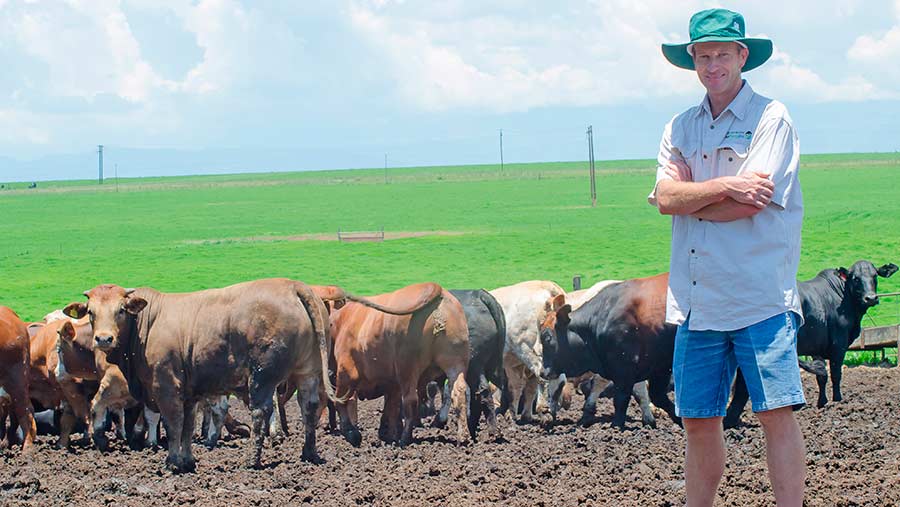 In South Africa we are sitting in a midsummer drought. While unpleasant, it has become almost normal, so much so farmers often refer to it as “that January drought”.

With temperatures hitting the mid  to upper 30C’s every day it doesn’t take long for the weaker areas to show up.

It is now no-till and cover cropping really starts to reveal their worth. Generally, where there is good organic matter, there is no drought stress.

I recently took a week off to visit the Kruger National Park with my family.  We had a great time, saw plenty of game and enjoyed the break.

Early Sunday morning, while on my way home I received a phone call that my house had been broken into.

A few hours later, I received another phone call from one of my employees that there were 20 cattle missing from the herd he is responsible for.

Welcome back to the real world.

We recovered 10 cattle from the farm next door but the rest are still at large. They have headed for the mountains where there are many valleys to hide them in.

The only way to recover them now is to work with informers who may lead us to the cattle.

This is all done privately as the police, at best, don’t have the will to recover stolen cattle and at worst, are involved.

Not much of significant value was stolen from my house. In both cases, it is the violation of one’s space that hurts the most.

In one week, I experienced the best and worst of South Africa.  I saw the Big Five (lions, leopards, rhinos, elephants and buffalos) among much other wildlife, in a peaceful and relaxing environment.

To come home to a world where crime seems out of control. Despite this, I feel that the good far outweighs the bad and am happy to farm here.