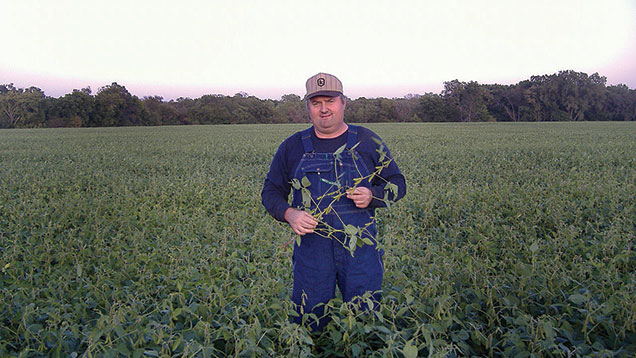 March has been another dry month, last week the US drought monitor changed the status of my county from “abnormally dry” to “moderate drought”.

Having worried about dry weather early in the spring over the past several years only to see late rains save the day, I think most farmers have adopted a business-as-usual mindset.

Fertiliser and spray rigs are running long hours as preparations are made to plant maize. The night sky glows from prairie fires and the air is heavy with smoke as cattlemen burn off unusually heavy growth from last summer.

Many, including myself, were scared to burn last spring and we find ourselves now with heavy thatch. I think most will ignore the dry weather and burn, hoping for wetter weather down the road. I intend to burn about 730ha of pasture.

As I calculate my input costs to grow maize and soya beans, it becomes quickly apparent that the cattle will carry the entire farm this year.

“Barring a bumper crop, the grain growing side of my farm will be at best a break even proposition for 2015.”
Brian Hind

Barring a bumper crop, the grain growing side of my farm will be at best a break even proposition for 2015. I have been disappointed that seed and herbicide prices haven’t adjusted downward at all and am surprised the lower oil price hasn’t done anything to bring down the price of fertiliser.

Following up on last month’s piece, the threat of much higher farmland taxes still looms as our state legislature tries to fix a budget problem that was totally avoidable.

The longer they drag this process out, the more likely I think it is they will do something reckless at the end of the session. I also am still struggling to decide which farm programme to go into, the deadline for signup has been extended now to 7 April.