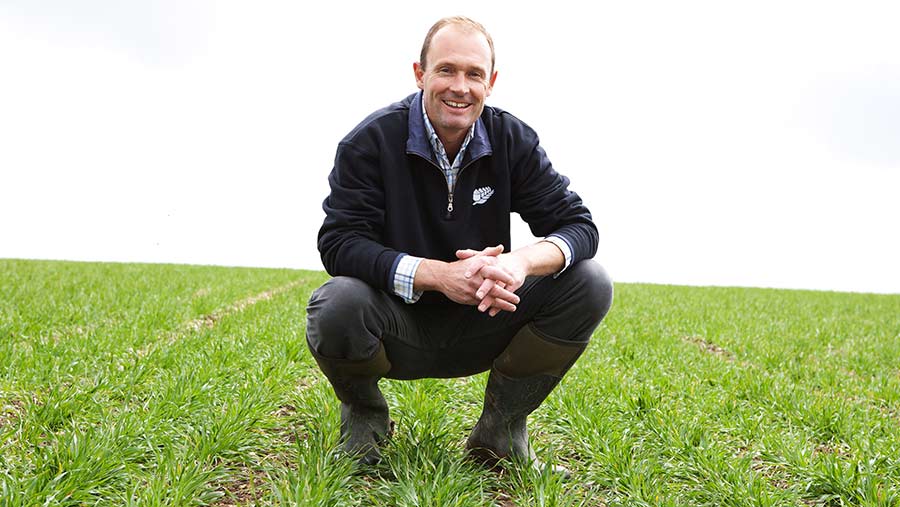 Despite it remaining cold, overcast and decidedly un-spring like we have at least experienced a dry spell and have planted the spring barley and a few beans but we will wait for some warmth for the peas.

These are all into overwintered cover crops and stubble turnips which have been grazed by our sheep.

This has the advantages of saving us time and money sending them away over the winter, adding some “gut biology” to the long-term arable soils and giving an easy entry for our tined direct drill.

After many years of low-tillage it amazes me how we now achieve a “seed-bed” with one pass of the drill and establishment is at least as good (famous last words).

However after the sheep have dislodged all the stubble, and especially if we accidentally overgraze (all too easily done on the later drilled cover crops – what a difference a two-week delay in drilling can make), we do have a lightly harrowed finish which is not no-till.

To try and move forward with weed control and potentially soil structure and we have been looking at various disc-coulter direct drills.

Frankly they would all be fine, it is just the price versus wheat that’s the problem, but if they can lead to a cut in the level of inputs we require to grow a crop it could be worth it.

Additionally, where we have a lot of flints or sandstone rocks, the tines do tend to pull them up to the surface and, with no soft soil, that is where they stay which is not conducive to consolidation by rolls or the health of the rolls, and the disc coulters do keep the stones in the soil.

Don’t get me wrong, while not perfect, we have had good success with the tines and it may well be it is easier to establish a direct drilled crop with tines rather than discs.

However we would like to explore more possibilities now, such as those above and perhaps planting “on the green”, straight into waist-high cover crops.