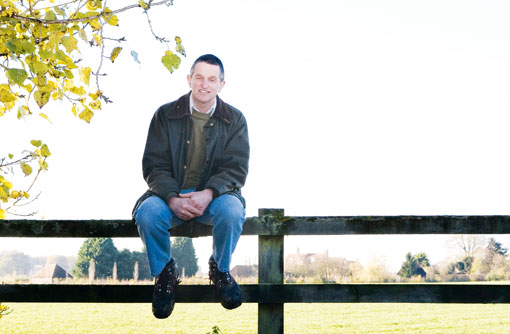 Where on earth is spring? Apparently this has been the coldest spring since 1979, mostly due to the very cold March, although April and May also seem to be below the normal range of temperatures. The cause, according to the meteorologists, is our old friend the jetstream, which in March was over the Azores rather than the southern half of the UK. Now it has a “kink” in the North Sea which puts us on the cold side yet again.

Unseasonable weather means most of the crops are at least three weeks behind in terms of growth stages. The winter cereals are catching up now, with the flag leaf starting to emerge on the wheat, but the final tally sees us some 20% down on the intended area.

The patchy oilseed rape seems to be filling out, but is much shorter than normal and mostly consists of side branches. Time will tell if these side branches can yield as well as plants that have a main stem intact.

Our spring beans are growing away slowly, but so are the weeds, as the pre-emergence spray has run out of steam due to the dry soil. An application of Troy (bentazone) has been applied. The maize steadfastly refused to emerge in May, having been planted just before the warm weekend at the beginning of the month, however it finally peaked out during the last week. As for the spring oats, they generally look quite promising, with some small areas not so good where the ground has been waterlogged all winter.

My wife Liz has just proved that some big companies do listen to their customers. While shopping online for insurance for our daughter’s wedding next year, she came across a piece, on the website of a major retailer, promoting the use of Chinese lanterns at weddings. Liz sent them an email pointing out that as farmers themselves they should not be encouraging their use. They emailed back, apologised and removed the piece on Chinese lanterns from their website.