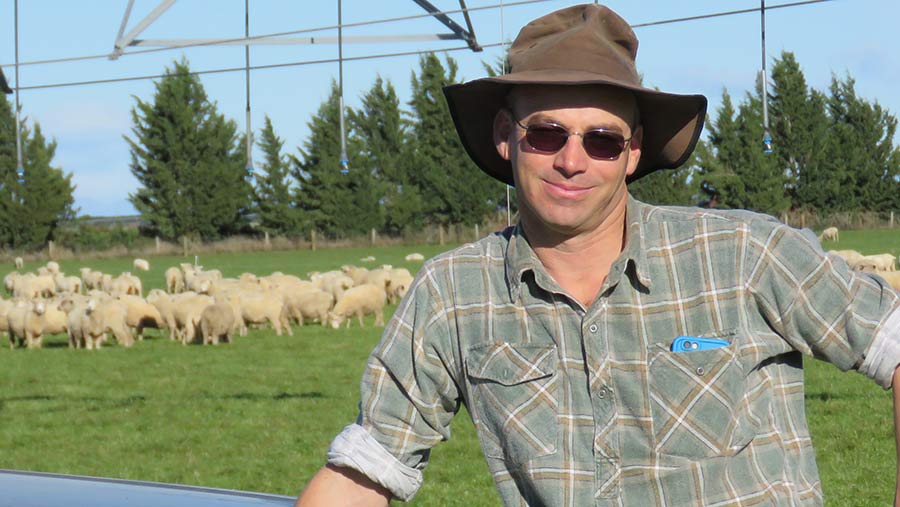 Winter here at Valetta brings a big change in our focus from arable to livestock. We currently have 14 mobs of sheep strip-grazing kale and oat crops behind triple-wire electric fences. In June we peaked at 1,050 ewes, 300 hoggets and 10,000 trading lambs on farm.

We are now seeing lambs start to reach sale weights in our bands of 48-51.5kg liveweight (23.5kg average carcass) for export, with any over that being sold for the domestic supermarket trade.

Our export lambs return about £90 and domestic heavies about £105 a head.

See also: How livestock and grass before cereals could cut input spend

This year one-third of our farm income will be generated by livestock, so it is a very important third leg to the stool. However, it is a lot of work, with various mobs in the yards for weighing, drenching and crutching two or three days a week on top of the morning spent fencing.

Without double cropping and a strong livestock component – either lamb finishing or dairy cow wintering – the New Zealand irrigated arable system is not economically viable.

There is a long way to go until all the lambs are up to weight, but the winter has been very kind thus far, so growth rates have been fantastic.

Last week we planted the last of our wheat, with two crops of Discovery, a feed variety suited to mid-winter drilling.

Our cultivations after lambs are quick and easy due to minimal soil structure damage, and are half of what the guys pulling up ruts and bashing down clods after cows have to do.

For us, cultivations consist of ploughing with a nine-furrow reversible, once over with a 6m short disc cultivator and folding rolls combo, and then planting with a 6m drill.

Occasionally, if we want to get really serious, we’ll use a US-built 9m tyne cultivator and folding rolls combo.

The integration between livestock and arable is a big game of chess that makes the system work financially, as well being very interesting to manage.