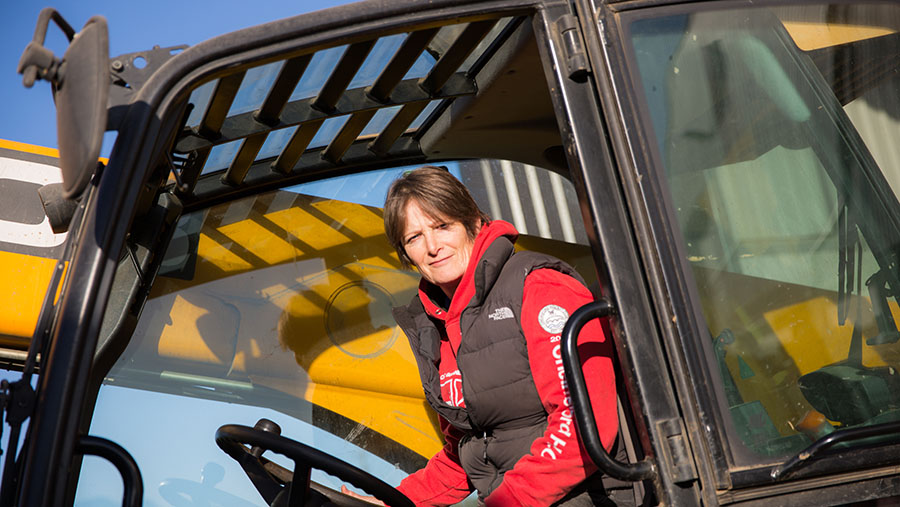 The theme of the past weeks has definitely been “less is more”. A lot less hours worked than is usual for August because so much of harvest was completed in July, and much less in the way of cultivations due to the dry conditions.

We had intended to pull the mole plough through several fields, but Hew became exasperated with the rate of wear of the metal, and when the bullet for the mole wore out to breaking point after just 4ha, we decided that 2018 was not the year for it.

It has also not been a year for early cultivations. With blackgrass dormancy so low, we listened to the agronomist, who said the grassweed seed is best left undisturbed.

Sure enough, after useful rains stubbles are now greening up nicely. We won’t be too eager to spray off these stubbles with glyphosate just yet either.

Better to spray just once before drilling than encourage glyphosate resistance with multiple applications.

We are now the proud owners of 50 Exlana ewe lambs purchased from local breeder Ian Metson.

These will be grazed on short-term leys rotated round the arable area in a bid to improve soils and reduce grassweeds.

This is an exciting venture back into sheep for us after a 15-year gap. The wool-shedding Exlanas are a world apart from the indoor-lambing Suffolk-cross ewes we used to keep.

I am so impressed with the work a group of West Country farmers have done to develop a breed fit for modern farming.

These sheep not only shed their wool naturally, avoiding all the work, welfare issues and hassle that goes with wool, but are extremely good on their feet, have been developed for high weight gains from grass and have been selected for worm resistance too.

Brenda, our bookkeeper, and I breathed a sigh of relief to get our VAT inspection out of the way this week. It is a bit like being followed down the road by a police car – even if you feel you haven’t done anything badly wrong, it is still great not to get pulled up.